The holiday shopping season got under way last week in the days leading up to Thanksgiving, and among various hardware promotions, Microsoft also offered '10 Days of 10 Cent Deals' in the Windows Store. From some of the latest blockbuster movies, to music, apps and games, all sorts of content was available each day for just one dime.

Microsoft says that its promotion was a big success, and it's celebrating by offering one extra day of deals. 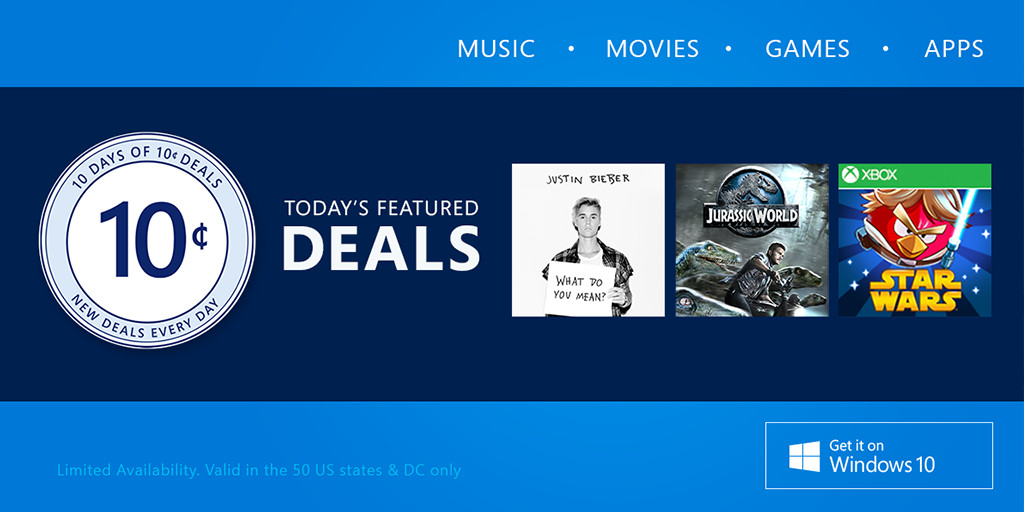 Here's the round-up of what's on offer for today's Bonus Day:

Remember: these promotions are available for one day only, so if you're thinking of grabbing any (or all!) of them, don't wait too long.