One of the keys to Windows 7's roaring success in the market was delivering on the promise of using less memory than its predecessor, Windows Vista, while being just as fast if not faster. Users of older machines or netbooks stand to benefit the most from a more responsive experience with a limited RAM capacity.

Windows 8 continues this tradition. In the //build/ Conference, Windows Division president Steven Sinofsky wowed the crowd with a screenshot of Task Manager running on Windows 7 and Windows 8. The netbook, the same one used for demonstrating the Windows 7 pre-beta three years ago, had a reduction of almost 120 MB of RAM usage. 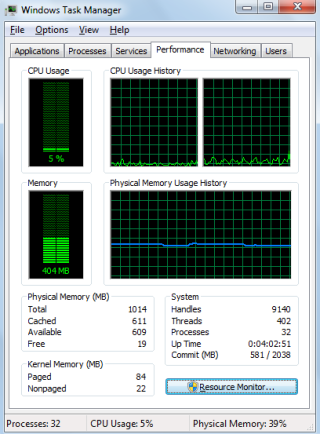 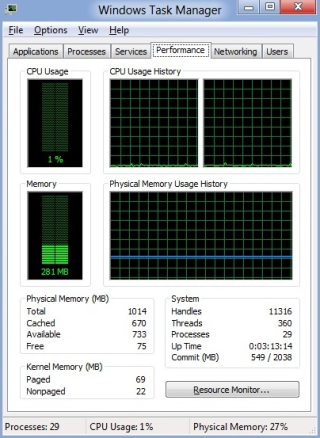 The reduction of memory is impressive when one also considers Windows 8 now includes Microsoft Security Essentials integrated into the new revamped Windows Defender.

Today's Building Windows 8 blog post describes the techniques Microsoft used to achieve this reduction in memory usage. Some of the following tweaks were also for Windows 7, but improved upon:

Combine shared portions of memory amongst processes: Windows's memory manager tries to remove blocks of system memory that are already duplicated in other running programs. The 'unique' portions of memory are those that are reported to Task Manager in the "Memory" column in Windows Vista, 7, and 8.

Put more services into "load on demand" or manual start: Compared to Windows 7, the Plug and Play, Windows Update, and User PnP Framework services are loaded on demand in Windows 8. That is, they are activated by a trigger, and remain running to complete a required task before shutting down. Windows 8 also has new services added to the OS to support new functionality, however all but two of them are loaded on demand, or set to a manual start.

Consolidate lesser used memory pages: Microsoft went through low-level components of Windows, some dating as far back as the original Windows NT, and reworked code and data structures. The result was separating portions of memory that are frequently referenced from those that are accessed occasionally., which led to across-the-board memory usage reduction amongst Microsoft employee workstations.

Load the traditional desktop on-demand: Microsoft is anticipating that tablet users may want to remain in Metro applications for the majority of their computing tasks. Therefore, "classic" desktop resources are only loaded when needed, saving approximately 23 MB of memory.

Set memory as "high" or "low" priority: Windows 8 is able to prioritize memory chunks based on its usage. For instance, memory used by a word processor can get higher priority over that allocated by the background antivirus scanner. With prioritization, Windows is less likely to free up RAM used by important applications when a newly launched application requests more memory from the operating system, leading to continuous UI responsiveness.