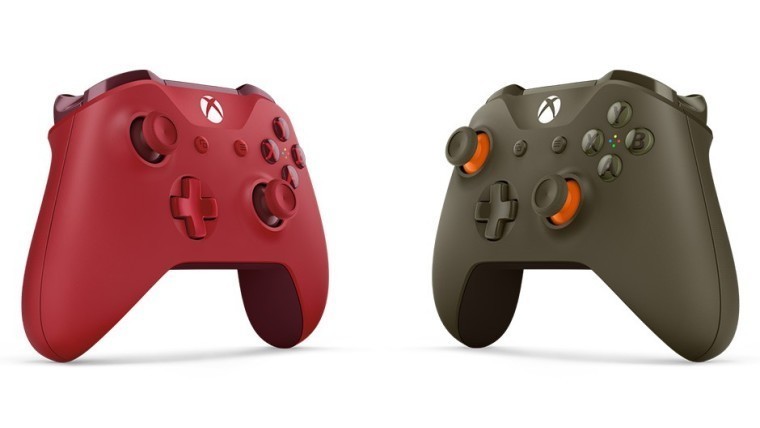 A week after celebrating Xbox achievements in 2016, Microsoft today introduced two more color options for its Xbox Wireless Controller. According to the press release, both controllers feature the latest technologies available for the Xbox Wireless Controller range, which include textured grip, improved wireless range and Bluetooth technology for use with a Windows 10 machine or a Samsung Gear VR, as reported last September.

The first Xbox Wireless Controller comes with a "two-tone matte red finish with gloss highlights on the triggers, bumpers and D-pad, as well as behind the thumbsticks", as stated by Microsoft. This controller is available now in the United States exclusively at the Microsoft Store and GameStop, as previously reported, for $64.99. The press release also confirms that this controller will be soon available at select retailers worldwide.

The second Xbox Wireless Controller comes with a "green matte finish and gloss highlights on the triggers, bumpers and D-pad, as well as orange accents behind the thumbsticks", like the red version. This controller will be available in the United States starting on January 24, exclusively at the Microsoft Store and Walmart, for $64.99. The worldwide release for select retailers will happen on January 31.