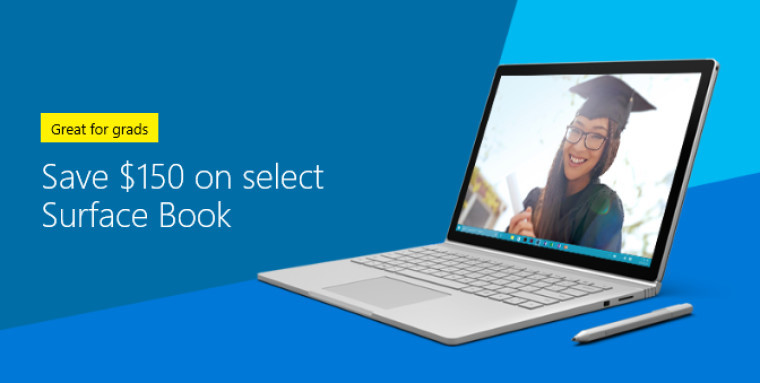 If you've been thinking of buying a Surface Book - which Microsoft refers to as 'the ultimate laptop' - in the United States, now might be a good time to go for it.

The company is currently offering $150 off all models in the range with Core i5 processors for buyers in the US (including Puerto Rico):

While Microsoft is promoting the deal as 'great for grads', anyone can take advantage of the offer. Indeed, the only restriction is that Microsoft is limiting the number of Surface Books that can be purchased at the discounted price to three per customer.