When a new operating system comes around, most people eagerly wait for the release. Once it’s in the wild, lots of us go with the early adoption approach and use the OS from day one. In the case of Windows, a lot of businesses are reluctant to adopt until the first service pack (SP). 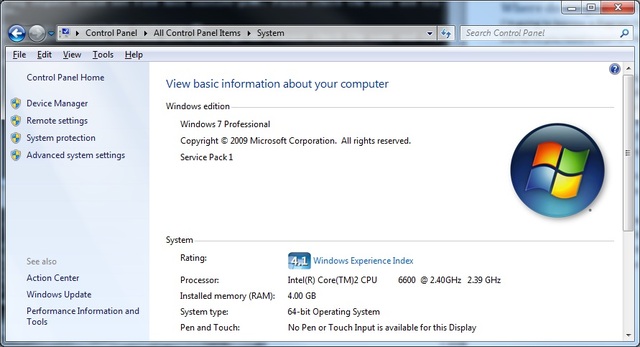 But now it seems like Windows 7’s first SP is to be it’s only one, with sources close to Microsoft’s sustained engineering team (the guys and gals that build and release SPs) saying there are no plans for a second Windows 7 SP.

This breaks Microsoft’s normal product update cycle as SP2 for Windows 7 has had no mention, even in rumour. Not that Microsoft won’t support and patch Windows 7; Patch Tuesday and zero day vulnerabilities will be actioned as normal for the OS, at least until support for Windows 7 SP1 ends in February 2013, 24 months after its release. Windows 7 as an OS will still be supported until 2020.

But all a SP is, is a compilation of all the individual Patch Tuesday updates in one handy package, up to a certain date. But they have proved to be a pain for Microsoft as they take up engineers’ time and budget away from building new versions of the Windows OS. Not that the SP isn’t without merit. Aaron Suzuki chief executive of desktop management and deployment specialist SmartDeploy, gives his take on the SP:

The usefulness of a service pack is it lets you roll up that [updates and fixes] into a build for an operating system, so you can flip a switch and not worry about performing 50 to 80 updates that take up hundreds of megabytes.

With Windows 8 launching on Friday, it’s to be expected that Microsoft will focus all their efforts in convincing Windows 7 users that Windows 8 is the right way to go, rather than using an older OS, no matter how established it is. But look at it this way; even Windows Vista got a SP2.