Microsoft is trying its best to convince developers to make apps for the Modern UI of Windows 8. This week, the company announced that developers will now have a little more control over when those apps will be published in the Windows Store. 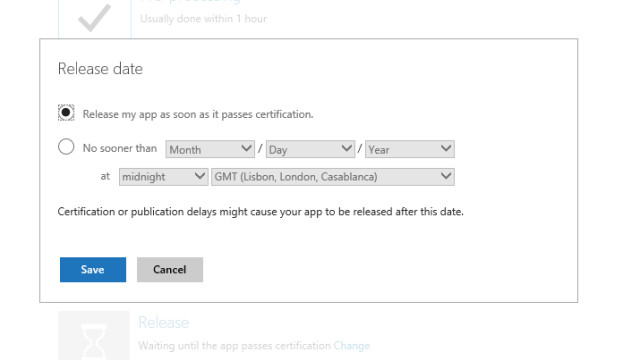 In a new blog post, Microsoft said that previously, apps were either allowed to be published in the store as soon as they passed certification or if the developer had a certain date in mind. Now there are options to set the specific hour and time zone for when a Windows 8 app is published. Also, the date can now be changed while the app is still in the certification process.

If a Windows 8 app is published and then needs to be removed from the store for some reason, the developer now has control over that process as well. The blog states:

If an app is removed from the store, anyone who has already downloaded it can still continue to use it and receive software updates, although if it supports in-app purchases that feature will no longer function until it is posted again.

Finally, Microsoft has updated its Windows 8 app certification requirements. The company says they contain some changes that they claim should make it easier for developers to get their software approved while still maintaining a certain degree of quality. The blog states, "For example, you now have more flexibility in where your app can display ads. We've also combined some requirements that cover different aspects of the same area (such as technical requirements)."