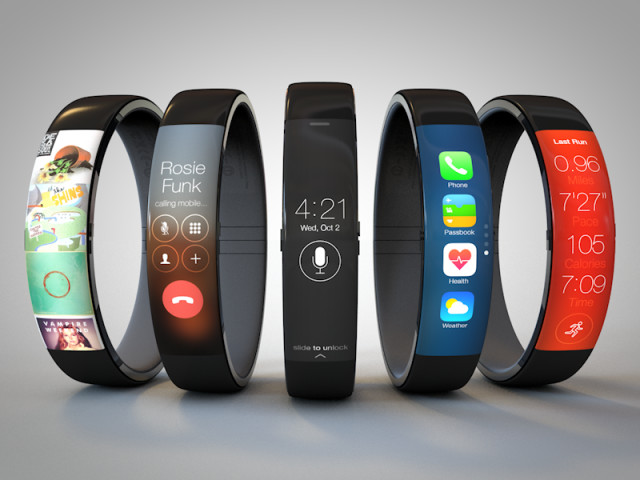 The concept iWatch in the music app, a phone call, the lock screen, homescreen and a fitness app

An Apple smartwatch has been on the horizon for some time, according to various rumours over the past year, but few concepts have grasped Apple's aesthetic as well as this new one from a San Francisco UI designer. Featuring a glass and aluminium body and 'strap' with an interface that will be familiar to iOS users, it may be close to what Apple are working on behind locked doors.

To some extent, the aluminium backing and clasp is impractical, and impossible for a release to the masses, as it would only suit certain wrist sizes. There is no way to adjust, meaning that those with especially small or large arms would struggle to wear this comfortably, if not at all. 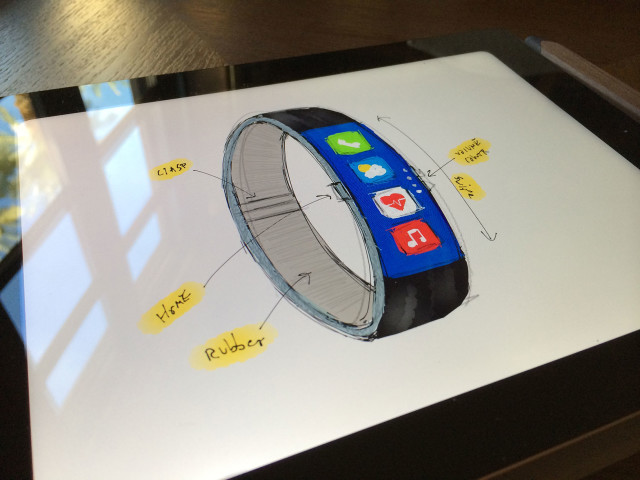 Nevertheless, the real innovation comes in the orientation of the display and interface. The UI centers around a lock screen, with the time and a large button to activate siri, and a home screen, where a column of icons appear in a similar fashion to the iPhone. Tapping an icon launches one of many apps that is designed for the tall but incredibly narrow display.

Todd Hamilton put some emphasis on a use for a smartwatch Apple are sure to exploit. Fitness.

Another concept I thought about was a heath & fitness app. Jawbone, Fitbit, and Nike have already proven the popularity of fitness wearables. I think it’s safe to say that the iWatch will include a similar set of features like sleep and activity tracking.

Similarities to Nike's Fuelband are clear in this concept, however, yet again, a metallic band like this would likely cause some discomfort if worn in bed.

Of course, Apple's real plans remain a mystery, but recent actions, such as opening a factory to manufacture sapphire glass, make it look like there are big things in the works.