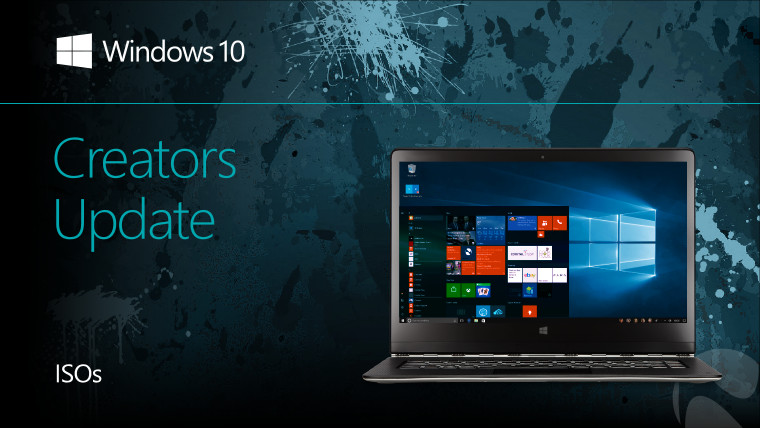 Earlier this week, ISOs for Windows 10 build 15063 - the 'RTM' build for the upcoming Creators Update - made an appearance on Microsoft's servers, but the direct download links were later disabled. Now, though, Microsoft has officially published the ISOs on its Windows Insider site.

The new ISOs replace those for build 15058, which were released just under two weeks ago. The latest ISOs for build 15063 are still marked as 'Windows 10 Insider Preview' builds. This is because Microsoft is still testing a final round of cumulative updates that will accompany its rollout of the Creators Update for PCs next month, bringing last-minute bug fixes and other improvements to add an extra bit of polish to the OS.

Thanks to Steve Truman (@KPRP42) for the tip!