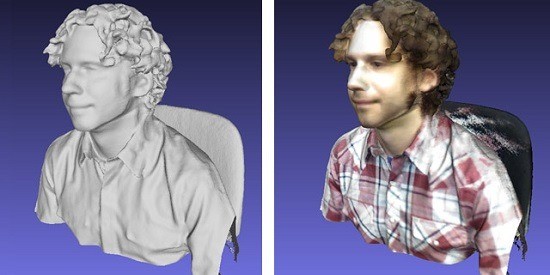 In a blog post, Microsoft goes over some of the new SDK additions, including a new Kinect Fusion sample. Microsoft says:

This sample shows developers how to use two sensors simultaneously to scan a person or object from both sides—making it possible to construct a 3D model without having to move the sensor or the object! It demonstrates the calibration between two Kinect for Windows sensors, and how to use Kinect Fusion APIs with multiple depth snapshots.

The SDK also includes a new API that allows developers to remove the background behind the active user of the Kinect sensor so they can drop in different backgrounds and settings. Another new API lets developers scan the color as well as the depth of a 3D object for the first time, along with a way to generate a texture map for that model. Yet another new addition allows developers to use HTML5 and JavaScript languages to create user interfaces for Kinect applications.