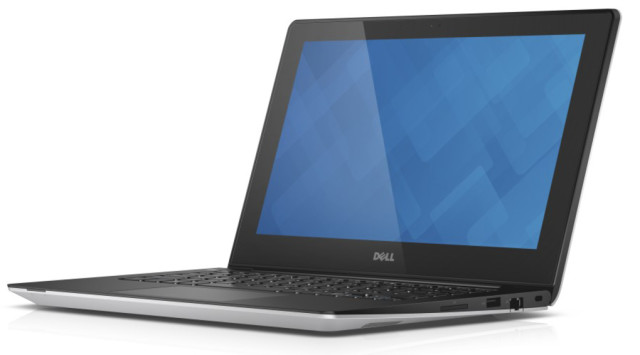 Now that Dell is close to becoming a privately owned company once again, the PC maker is getting ready for the busy fall/holiday shopping season with a relaunch of its Inspiron lineup of consumer laptops. Today, the company showed select members of the press some of their upcoming notebooks, including a very cheap Windows 8.1 touchscreen laptop with long battery life.

PCWorld reports that the laptop is the Dell Inspiron 11, an 11-inch, 3.15 pound notebook with a starting price of $349. For that low price, you will get a processor inside made by AMD, but Dell is also selling a version with Intel's fourth-generation Core (Haswell) processors with prices starting at $379. The Inspiron 11 is supposed to have up to eight hours of battery life and will come pre-installed with a version of Microsoft Office.

Dell will also release a number of new high end Inspiron notebooks, under the 7000 series branding, this fall. They will come in 14-, 15.6- and 17-inch models with prices ranging from $699 to $1,099. All of the Inspiron 7000 notebooks will have Windows 8.1 installed, along with touchscreens and Intel Haswell processors. They will have battery lives of between eight to 11 hours. Specific launch dates for the new Dell laptops were not announced but it's likely they will go on sale the same time Windows 8.1 launches on Oct. 18.