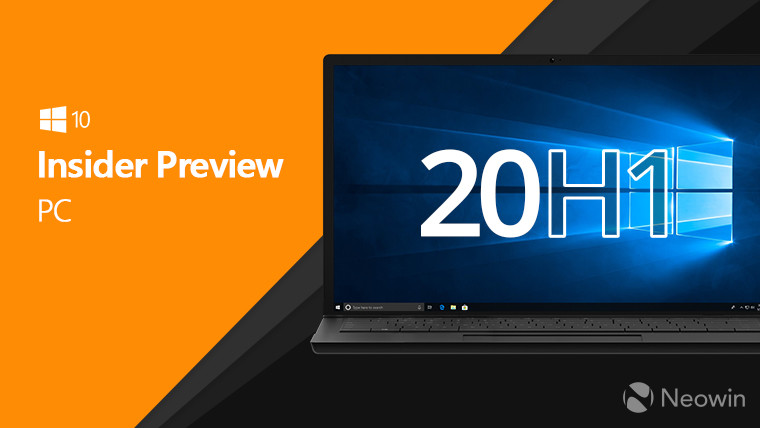 Just last Friday, Microsoft released Windows 10 Insider Preview build 19025 to the Fast ring, and now it's being promoted to the Slow ring. More specifically, the Slow ring is getting a serviced version of the build, which is build 19025.1051.

This is only the second ever build in the Slow ring from the 20H1 development branch, the first of which was released last week. There haven't been any new features since then though, and that's because Windows 10 20H1 is pretty much done. According to a recent report, 20H1 is set to RTM in December, and it seems to be on track to do just that.

Indeed, there hasn't been a single new feature introduced in weeks, and on top of that, we're seeing frequent Slow ring builds. That doesn't only mean that Microsoft is finalizing a feature update for Windows 10, but it should also mean that the Fast ring is going to start testing out the next version of the OS soon.

Either way, non-Insiders still won't see 20H1 until early next year. If you want to test it out, you can do so with the Slow ring.