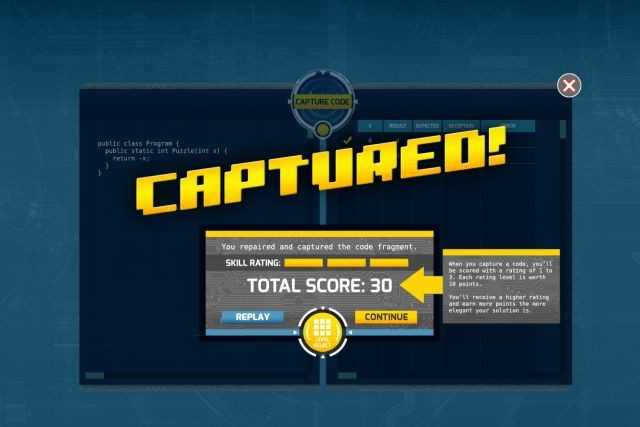 Microsoft Research has launched a new web browser based game that's been designed to introduce anyone to the world of computer programming. It's called Code Hunt, and the site went live earlier today after being used in a programming event in China.

In a post on the Microsoft Research blog, the company describes how Code Hunt works:

It uses puzzles, which players explore by means of clues presented as test cases. Players iteratively modify their code to match the functional behavior of secret solutions. Once their code matches, lights flash and sounds play, letting players know that they have “captured” the code. Players then get a score, which depends on how elegant their solution is, and are encouraged to move on to the next puzzle or level.

Microsoft Research Asia showed off an early version of Code Hunt in April at the Beauty of Programming competition in China. The blog says that the 2,353 students who played the game during the event solved an average of 55.7 percent of Code Hunt's puzzles. 350 of those students solved all of the puzzles in the game and only took an average of 7.6 tries to finish each puzzle, versus an average of 41 tries for the rest of the students.