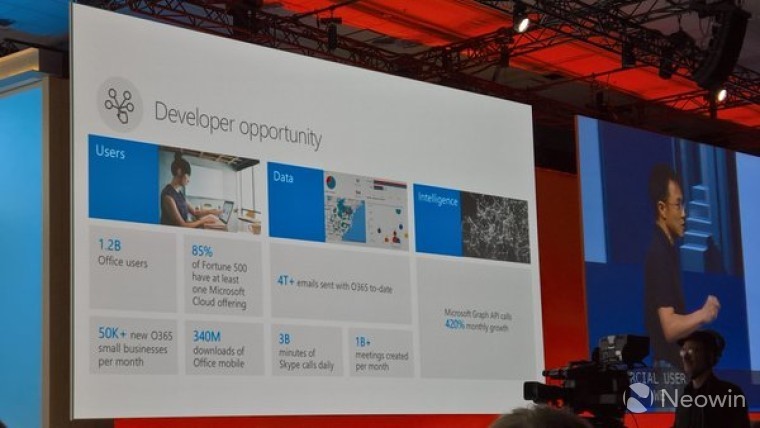 Microsoft has just announced Office usage numbers and stats during the second day of the BUILD 2016 developer conference.

There's no denying that Microsoft Office is a stellar product with no real competition other than the occasional attempts by governments to reduce reliance on it by opting for alternatives. The usage numbers revealed by Microsoft also show that 85 percent of all Fortune 500 companies are using at least one cloud service from the company.

As disclosed at an earlier event as well, the suite is being used by about 1.2 billion people on various devices such as traditional PCs, smartphones running on Android, iOS and Windows. Office Mobile has been downloaded over 340 million times, which is up from the 100 million downloads six months ago.

Office 365 is also being widely used and the company has claimed to have processed 4 trillion emails so far using the service. The cloud-based offering is also growing rapidly, adding 50 thousand small business customers per month.

The latest numbers are an open invitation for developers to create new experiences by tapping into the various new features that the company has already launched or will be launching at the ongoing conference.