Even though Apple had been commended for releasing a whopping seven betas before passing on iOS 9.3 to the public, many users still reported issues with the update, even after fixing the issue that left some iPads useless. 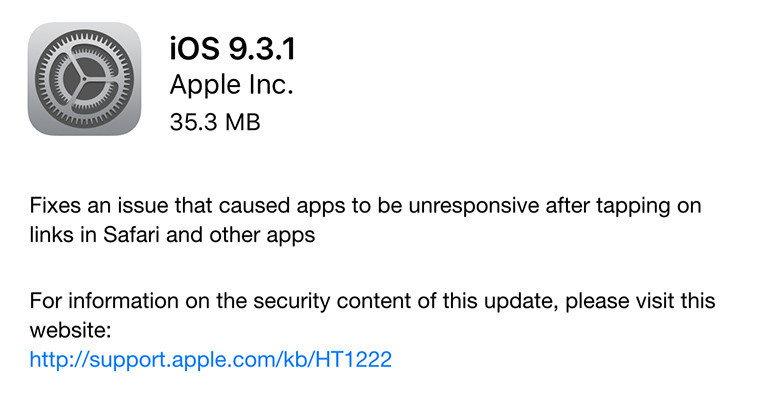 iOS 9.3 does contain a number of new features, such as Night Shift, password protection in Notes, more 3D Touch options, and more. Apple hasn't yet updated its security update page just yet, but when they do, you can find out what else is in iOS 9.3.1 right here.

Update: the bug that caused devices to become unresponsive was not exclusive to iOS 9.3 but rather affected all versions of iOS 9.