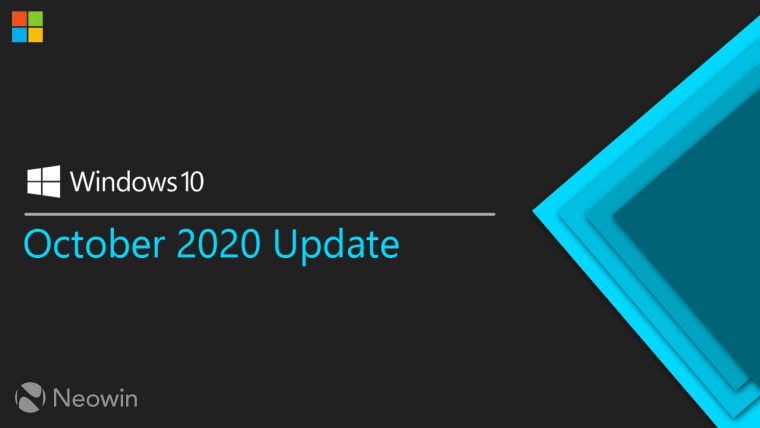 Today, Microsoft announced a new milestone for Windows 10 20H2. It's now being promoted to the Release Preview channel, which is the last layer of testing before it gets released to the general public. Moreover, the company announced the formal name for the feature update, as it will be called the Windows 10 October 2020 Update.

The build that Release Preview users are getting is 19042.508, but they're actually just getting an enablement package. This works the same way that Windows 10 version 1909 did. An enablement package bumps up the build number by one and lights up some new features.

The new features in 20H2 are actually already included in the production version of Windows 10 version 2004. We've seen that it's pretty simple to turn them on, including the new Start Menu with transparency changes. Another change that we're going to see in 20H2 is that this is actually the first version of Windows 10 ship with the new Chromium-based Edge browser.

While Microsoft says that it anticipated build 19042.508 being the final build, it did say that it will continue to service the update as it normally would. That means that you'll still get an update that changes the build number on next month's Patch Tuesday. The version number is going to remain 20H2, as this is the first version of the OS where Microsoft isn't changing it to a number.

Right now, the update is rolling out to "seekers" in the Release Preview channel. That means that you have to go into Windows Update and opt into it, since apparently being a Windows Insider isn't an implicit opt-in.