View gallery below for larger resolution.

Server logs are fun to dig through and occasionally they shed a little light on unreleased products. While perusing through the Neowin logs we came across some information, while not all that revealing, does provide some hints about Windows Phone 8.

We were not surprised to see that our site has been viewed from one of these unreleased devices but what we had not seen previously, was the screen resolution of 768x768. The screen resolution is a bit odd as it is a square, not something you see every day in the land of smartphones.

There are a couple guesses that include: it is running on an early test device, an SDK, a Windows 8 Nook, really, the options are unlimited.  The resolution is a bit of an oddball as we don’t see that playing out all that well on a phone, but we could be wrong. Microsoft could also intentionally use an odd screen size like this to throw us off the trail, anything is possible at this point.

Additionally, the hits, as you see below, are coming from Redmond and Bellevue which as you already know, is where Microsoft is headquartered. 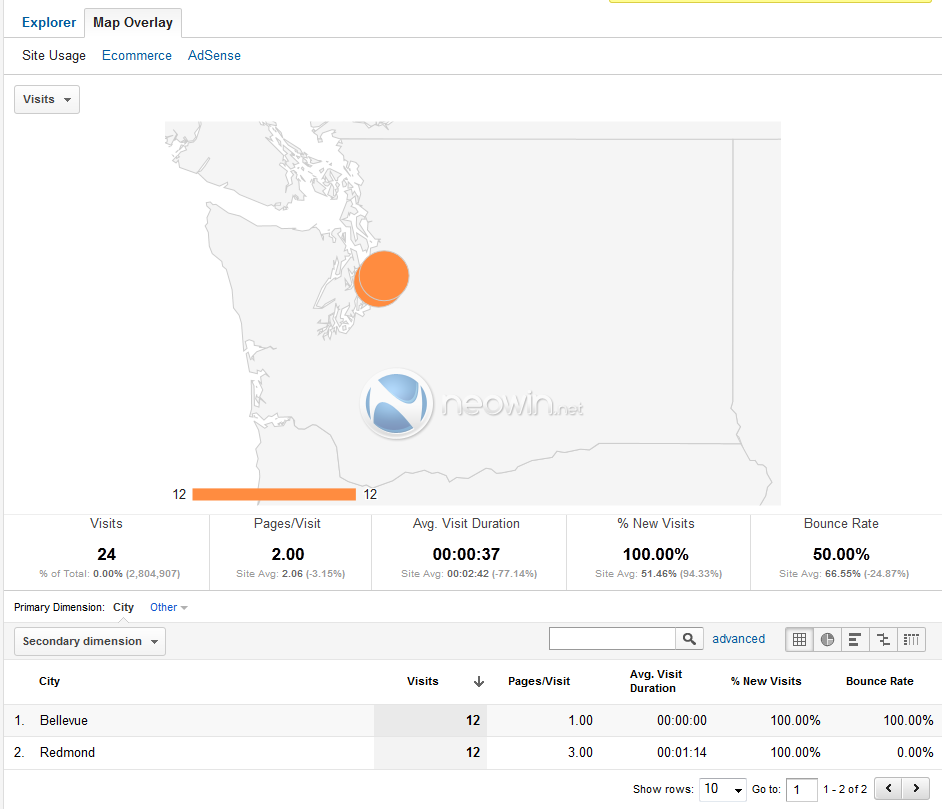 View gallery below for larger resolution.

There is not much else to reveal at this time other than the small tidbits we see above. Windows Phone 8 is already being tested, this is nothing new, but the odd screen size does throw us a bit off course as to what device Microsoft is actually testing.