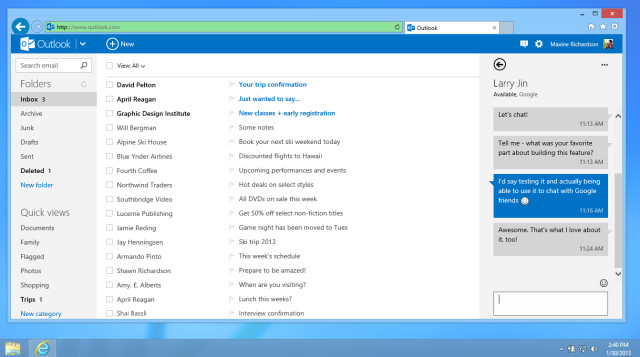 Microsoft has stated that Hotmail and Outlook.com will soon stop supporting linked accounts, a feature that was added back in 2006. The feature is used to help users switch quickly between multiple email accounts but Microsoft will be dropping this feature in favor of using aliases.

By using aliases, Microsoft states that you will only have one email address to maintain and keep secure. With linked accounts, there are multiple ways of accessing your account that make keeping your email inbox secure, a laborious task.

Microsoft will begin letting users know about this update to prepare them for the feature removal and how you can consolidate your inbox in the next few days.

While the Outlook.com/Hotmail team has been adding features at a feverish pace over the past few months, this seems like a step in the wrong direction for a platform that is looking to distance itself from the likes of Gmail and Yahoo mail.