It may seem like a lot longer, but it's been just a week since Apple took the covers off iOS 7, revealing a dramatic new look for its mobile operating system. So far, the company has only shown off its latest OS update on the iPhone, but thanks to developers using emulators of iOS 7 for the iPad, images have become available, giving a hint what the OS will look like on Apple's tablets. 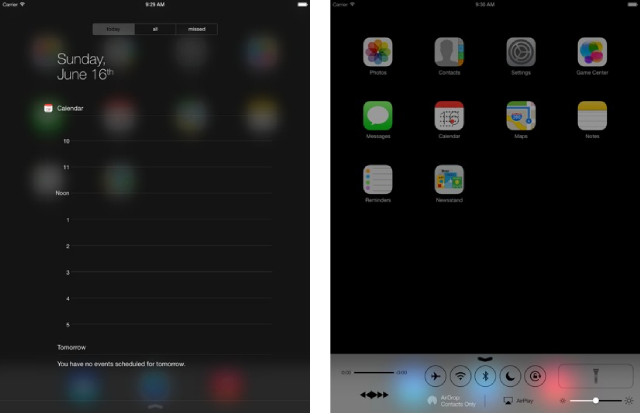 The first wave of images was uncovered over the weekend by apfelpage.de, including these two screenshots. On the right, you'll see the Control Center, which includes a flashlight option, curious since the iPad's camera doesn't include a flash. This would suggest that the emulator is using an early OS build, modified from the more complete iPhone version. 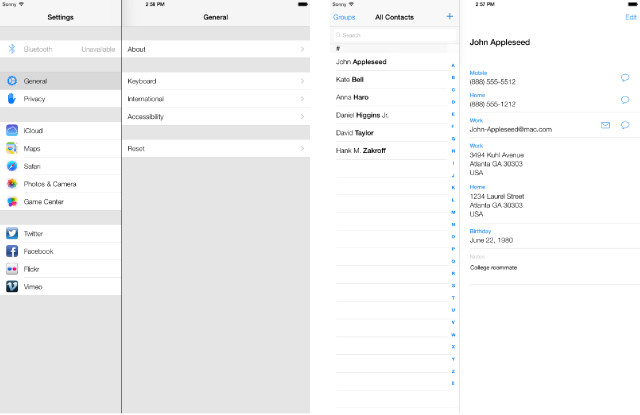 Since then, numerous additional screenshots have been revealed by @SonnyDickson, who shared them with 9to5Mac. These include various Settings screens, along with Contacts, seen above. Screenshots of Game Center and Maps can be seen below. 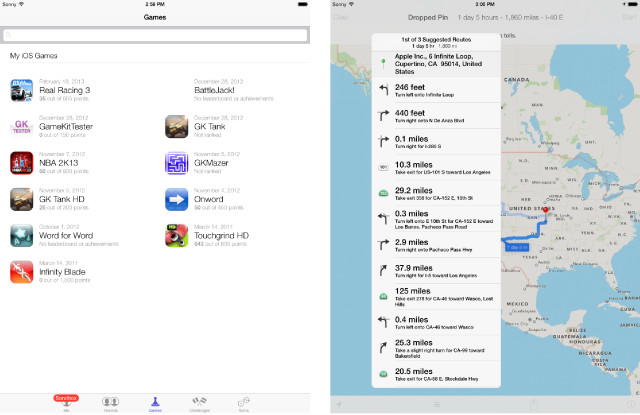 There's a few more images available via the sources, but there's not all that much to see in the various screenshots. Since this is only an early emulator build - and apparently an incomplete one - try not to judge the images too harshly, and expect the finished version of iOS 7 for iPad to look considerably more polished.

Incidentally, if you're interested in getting the iPad iOS 7 emulator working in Xcode 5, 9to5Mac has shared details of how to do so here.

Source and images: apfelpage.de via 9to5Mac