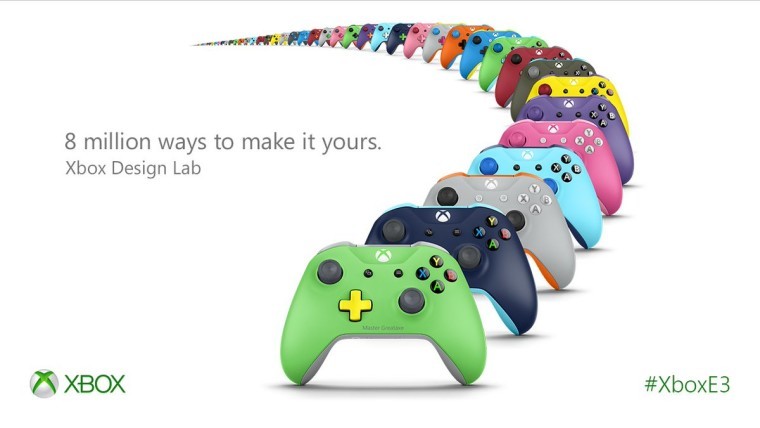 On stage at the E3 expo, Microsoft unveiled not only a new, slimmer Xbox One, called the Xbox One S but also an updated controller that comes with a few extra bells and whistles: a textured grip, better range and Bluetooth support.

And to go along with its new controller the company also announced it was opening up the Xbox Design Lab - a website that lets gamers customize their controllers for a more personal experience. The website will open up later on today, and the company says that between choosing every single element's color on a controller, and engraving their name or gamertag, players have about 8 million Xbox controllers to chose from.

As mentioned these will be the new updated controllers, with extra features. Unfortunately, users who start designing their controllers now will still have to wait until October before their personal designs start shipping.

One of these customs controllers will set you back $79.99 with an extra $10 on top if you spring for an engraving. There's no word just yet as to which markets these controllers will be available in, but we're bound to find out more today when the Xbox Design Lab website goes live.

Update: The Xbox Design Lab site is up and running - so you can start designing your custom controller right now.