Super Bowl XLVIII is being held this Sunday and the match up between the Seattle Seahawks and the Denver Broncos is one of the most anticipated in the history of the NFL. While Microsoft may not be spending millions of dollars for a TV commercial during the Super Bowl, the company is still using the game to help promote two of its products; the Xbox One and the Surface Pro/Pro 2. 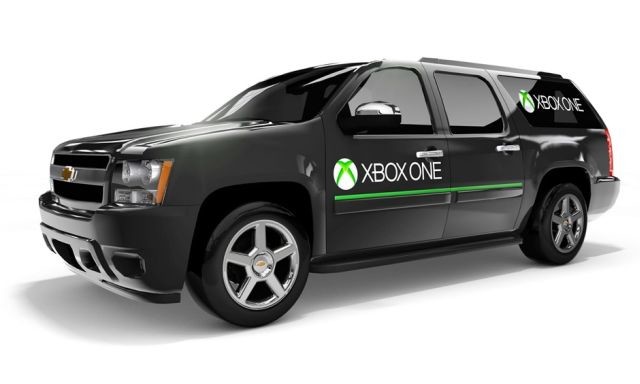 The Xbox Wire reports that folks in Manhattan who are located in the area between 42nd Street and Houston Street, from the Hudson River to the East River, will be able to get a free 20 minute ride inside an Xbox One labeled SUV on Thursday, Friday and Saturday night between 7 and 11 pm local time; the cars can be ordered via the Uber smartphone app. Each person that orders a ride inside the Xbox One SUV will also be eligible to win prizes like Xbox One consoles, games, and more. One very lucky person will get two tickets to Super Bowl XLVIII itself, which is being held across the Hudson in MetLife Stadium in New Jersey.

The Microsoft Store is also getting in the Super Bowl/NFL mood with a special deal of its own. From now until Saturday, people who purchase either the Surface Pro or Pro 2 tablet from the Microsoft Store site will get a $50 credit for NFLShop.com, just in time to purchase that t-shirt of your favorite team. Unfortunately, if you want to get a Surface Pro 2 from the website, the only one that's currently in stock is the 128GB model at $999; all the other versions are sold out.