Some of you might already be feeling guilty about not keeping your New Year’s Eve resolutions and with a new holiday season upon us it looks like you won’t get a chance to make up for it, right? Well Microsoft is looking to give you that second chance during the month of December with a campaign called #MakeItHappen.

The company says that it went out and asked a bunch of people worldwide what their goals for 2014 had been and what they had managed to achieve. Apparently many of us focused on family and career but not everyone got to act out their resolutions.

Now Microsoft is looking help by fulfilling one lucky person’s resolution every day of December for a total of 31 wishes granted. Participants will have to make their resolution public by visiting the company’s dedicated page on Facebook and the hope for the best. 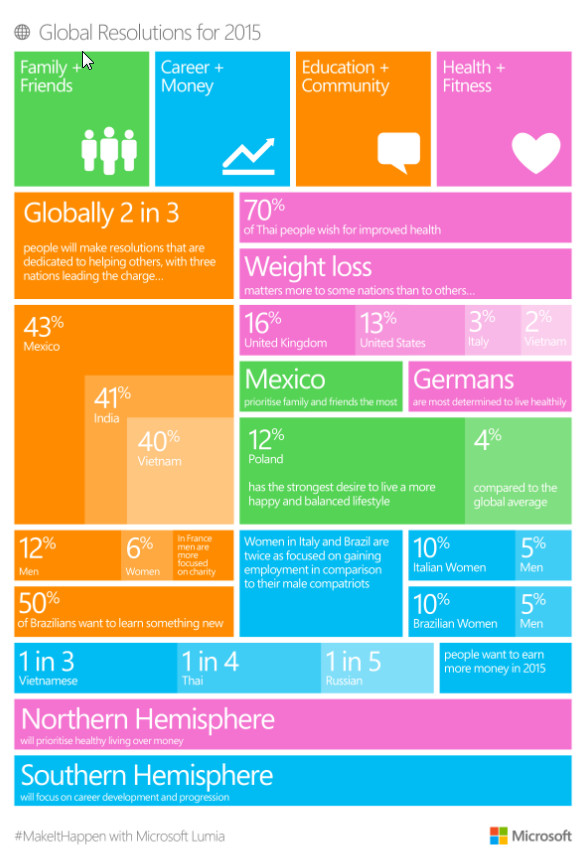