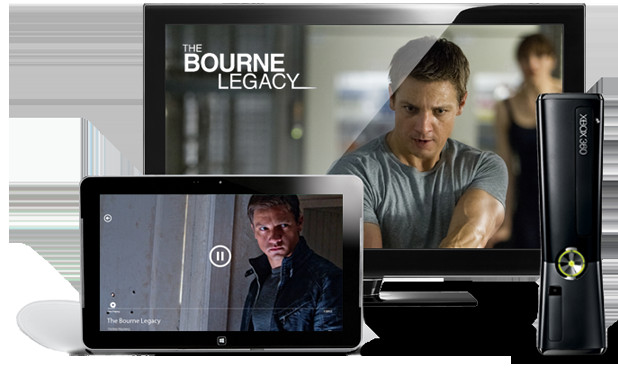 Microsoft has been pushing the fact that Windows 8 PCs will have a lot of links with its other software products. That includes playing videos that have been purchased on Microsoft's own Xbox Video services. The official Xbox Video website proudly states, "Buy a movie or TV show in Xbox Video and you can watch it on your TV, tablet, or PC. Start watching on your TV and pick up where you left off on your tablet."

Notice one particular type of product that's missing from the list? Yep, it's phones. People who have purchased new HTC or Nokia devices have now discovered that, at the moment, there's no way to view Xbox Video purchases on their new Windows Phone 8 smartphone.

Microsoft even admits to this in a support page, stating, "Windows Phone 8 does not currently support playback of rented or purchased content from the Xbox Video Store. If you'd like to see this feature added, you can go to the Windows Phone Feature Suggestions website and make requests for future releases."

It's a minor thing, to be sure, but it also seems to go against Microsoft's overall goal of making sure content bought on one of its online services will work on more than just a couple of the company's operating systems. It would seem to be a no-brainer to offer Windows Phone 8 owners a way to play Xbox Videos and we certainly hope Microsoft offers this in an update in the very near future.