Google has completely defied all expectations. What started out as another internet search page has expanded into online services in Google Docs and Gmail, mobile hardware and software in Android OS and the tablets and mobile phones that run it, social networking in Google+ and Google TV either as a set-top box or integrated into the TV itself. 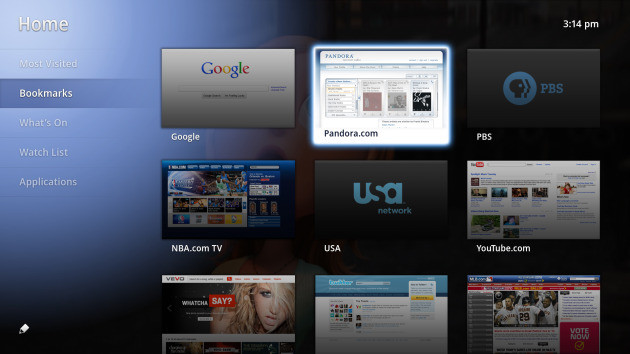 Google is now planning to bring SmartGlass and AirPlay-like functionality to the Google TV platform. This will give the user the ability to control media from their Android based phone or tablet. With the functionality tried and tested by Apple with AirPlay and Microsoft offering the same functionality through its Windows Phone and Surface devices in Xbox SmartGlass, Google is the only missing link to complete the trifecta. Although who will finish first, second and third is anyone’s guess.

Google’s Nexus Q, the music streaming device they recently released, already allows users to switch the audio output of the Google Music app from any Android mobile device to the Nexus Q on the same network, via a ‘play on’ button. The same functionality is carried over to YouTube and movies and TV shows purchased/rented from Google Play. The ‘play on’ button will be coming to Google TV over the next few months.

With the functionality already starting to establish itself and mature between the Nexus Q and Android devices, Google want to do more:

It’s interesting to see Google playing catch-up in this segment of the market. With Apple already offering the functionality and Microsoft unifying all their major hardware and software products (Windows, Surface, Windows Phone and Xbox), Google will be looking to emulate the successes of its rivals in offering the functionality to as many of the 104 million Android devices out there as possible.