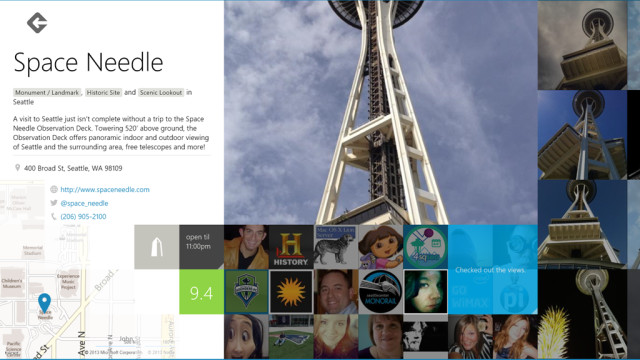 A new report is stating that Microsoft is looking to make a strategic investment in Foursquare, the popular application that allows you to document your travel by ‘checking in’ to locations.

In the past, Microsoft has made strategic investments, so the idea of Microsoft wanting to partner with growing platforms is not uncommon. One of the best investments, in terms of value, has been the $240 million dollars Microsoft pumped into Facebook. This has been a key move for Microsoft as Bing is now integrated in to some of Facebook’s search queries that is helping to cement Bing as a viable alternative to Google.

An investment in Foursqaure (not to mention that Foursquare has now arrived on Windows 8) is certainly a strategic move so that the company can capitalize on the future plans of the platform in the same way it has been able to utilize its Facebook links.

While Microsoft has not yet officially announced the investment, the source of the information, Dina Bass, has a solid track record on reporting Microsoft rumors.