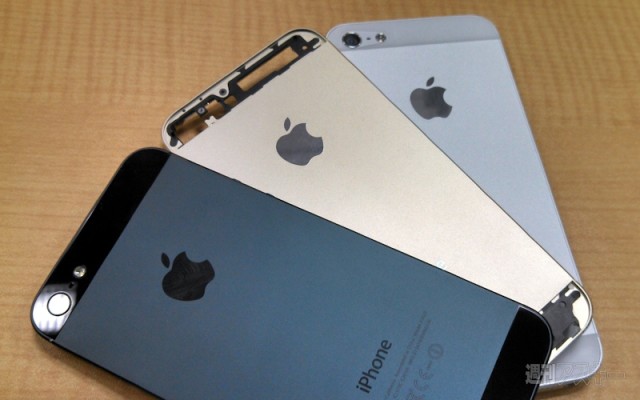 It seems like every other day there’s a new rumor surrounding the upcoming iPhone 5S, which is supposed to be revealed this fall. While spec upgrades and added features are the norm when it comes to these rumors we now get to see some pictures supposedly showing the champagne version of the iPhone 5S. 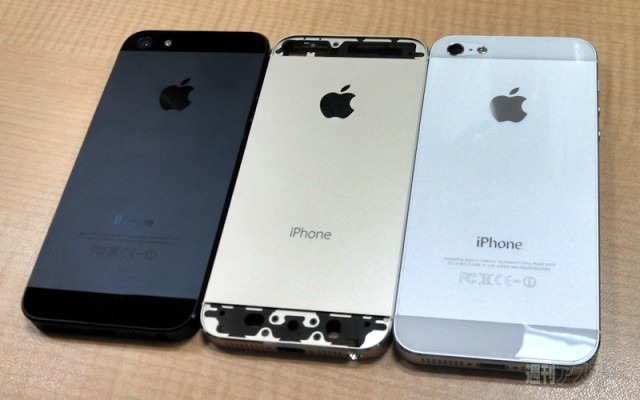 The images you see here come via Weekly Ascii, and they appear to show a brand new device squished between the current black and white versions of the iPhone 5. Earlier rumors suggested new colors would be in store for Apple’s upcoming devices, including a gold/champagne version and these images appear to prove that. 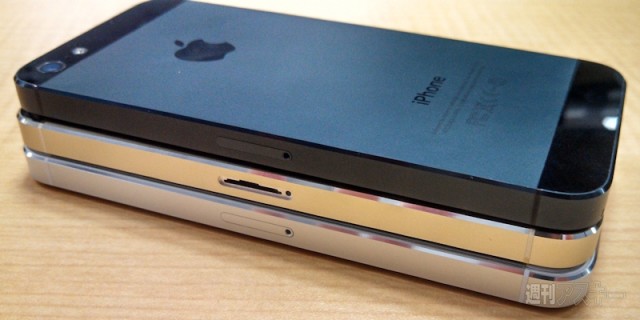 The iPhone 5S is expected to launch this fall with a rumoured unveiling date of September 10th. The new device is supposed to receive upgrades in terms of specs as well as new capabilities such as a fingerprint scanner embedded in the home button. Another, cheaper, version of the iPhone, dubbed iPhone 5C is also expected to launch alongside the 5S. 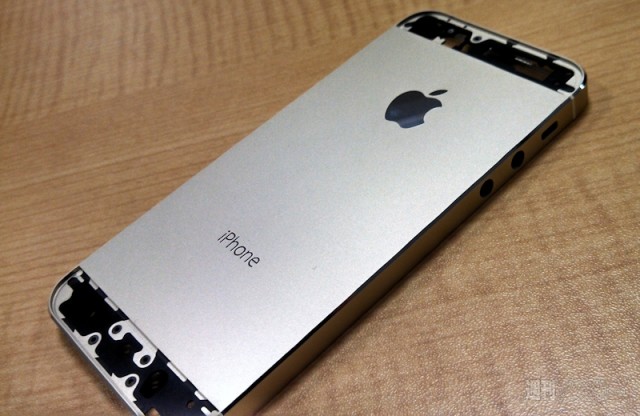