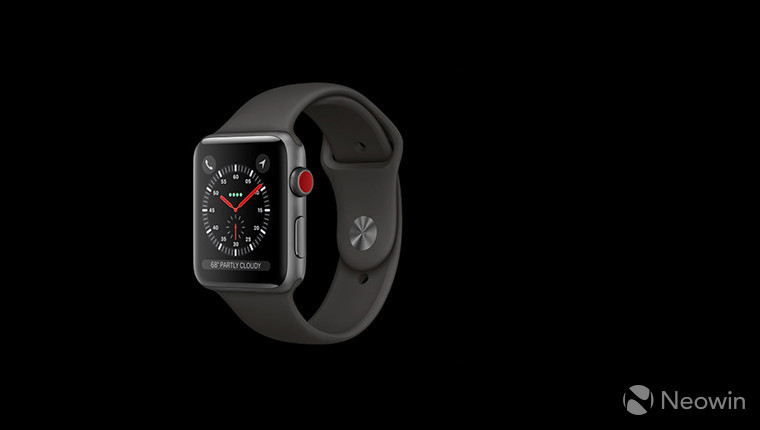 New details from iOS 11 firmware have revealed that Apple will announce a new Apple Watch with cellular support and additional colours. The Series 3 model variants include ‘blush gold’ and ‘ceramic grey’. The grey version might replace the white ceramic variant and the blush gold could be a deeper shade of gold than anything Apple has made before now.

Last month, it was rumoured that the Series 3 will ship with cellular support, this detail now seems all but confirmed. Earlier in the week, iOS 11 leaked online and the new Watch app shows a carousel of the upcoming Apple watches. The images appear to show a phone and navigation icon, plus four green dots which indicate a cellular connection.

The final major takeaway from the images is that the new Apple Watch will feature a red digital crown. There are images online of Tim Cook sporting an Apple Watch with such a red crown back in 2015, but it’s not clear if he was testing out the Series 3 – likely, not.

Apple is due to hold an event on Tuesday, 12th September where it will finally confirm whether or not the Series 3 Watch comes in the new colours and with LTE support.