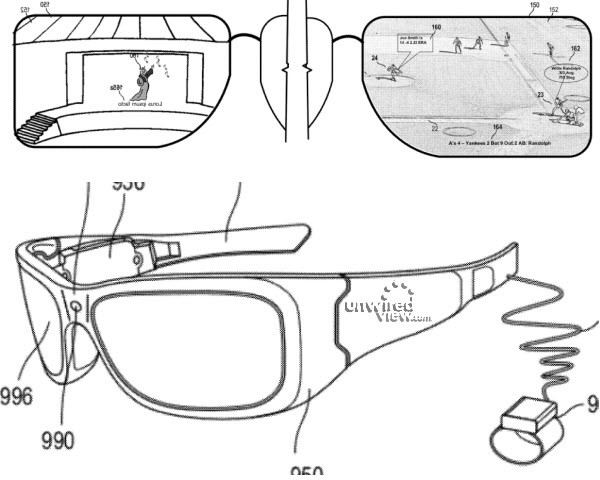 Earlier this year, Google announced its plans for what it called "Project Glass", a set of glasses that would offer up a heads-up display with video and more information that can be seen by its owners. Project Glass is still in development but it may still be a while before we actually see one of these devices sold in stores.

Today, a newly published patent application by Microsoft has come to light that seems, at first glance, to be similar to Project Glass. The application to the US Patent and Trademark Office shows that this particular product has been created with a more specific purpose than Project Glass.

Specifically, this proposed product would be used inside auditoriums and sports arenas. The idea is that people would wear the glasses during live events and while they watch, for example, a football game, the glasses would beam information relevant to the event to the heads-up display. You could imagine people wearing this device to keep up on other games or learn more information about players on the field.