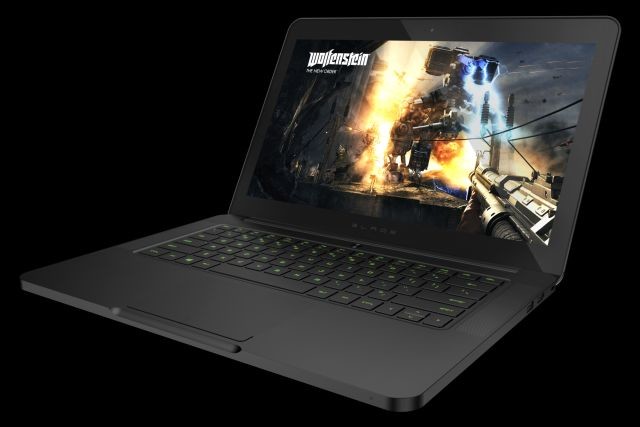 In January 2012, Razer entered the notebook market with its Blade laptop, a powerful but thin 17-inch gaming PC that included its own Switchblade hardware, featuring an LED trackpad and 10 keys that changed appearance and function depending on what game the laptop was running. Razer then released a 14-inch version of the Blade in mid-2013 (sans Switchblade hardware) along with a refresh of the 17-inch model, now known as the Blade Pro. Today, the company announced yet another refresh of both laptops.

The biggest change for the smaller Blade is a touchscreen with a 3200x1800 resolution. The laptop weighs 4.47 pounds and is just 0.7 inches thick. Inside there is 8GB of RAM, up to 512GB of SSD storage, an Intel Core i7-4702HQ processor and a NVIDIA GeForce GTX 870M graphics card with 3GB of GDDR5 RAM. It's due out this spring with a starting price of $2,199 and looks to be a pretty impressive gaming notebook.

On the larger side, the 17-inch Razer Blade Pro laptop still has a non-touchscreen display, and it supports resolutions up to 1920x1080. As with the two previous versions, the Blade Pro retains the Switchback buttons and LED trackpad. It weight 6.85 pounds and is 0.88 inches thick. It supports up to 16GB of RAM, up to 512GB of standard hard drive storage, an Intel Core i7-4700HQ processor and a NVIDIA GTX 860M graphics chip with 2GB of GDDR5 RAM. Razer made the Blade Pro more as a desktop workstation replacement. Prices starts at $2,299, and it will be released this month.