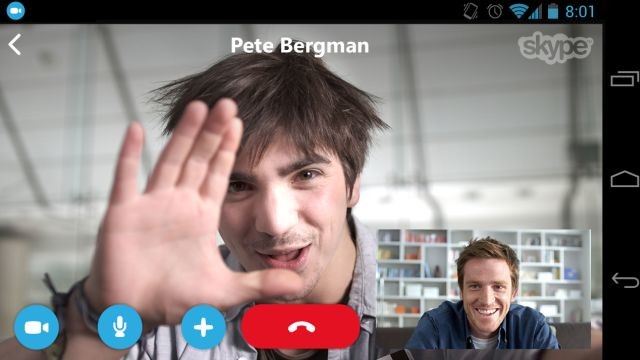 Microsoft's Skype team has been busy in the last few weeks updating apps on several platforms, including Windows Phone, Windows 8.1, and Xbox One. Today, the Android version got a new version, 2.7, that Microsoft says will help improve battery life on smartphones and most tablets that use Google's OS.

With Skype 4.7 for Android, we are introducing aggressive battery savings that will allow most of our users to leave Skype running without noticeably affecting battery life. It has been a challenging process, because to do this we’ve had to transform to the way Skype technology works.

That's the good news. The bad news for some Skype users is that in order to achieve this battery savings, Microsoft has chosen to turn off instant notification of messages in group chats by default. User can enable this feature again by going into "Settings", then "Notifications" and then checking the "Sync group messages in the background” box. Microsoft says they are still working on ways to extend battery life while also allowing for instant group chat messages, but that won't happen until a future update.

In addition, Skype for Android 4.7 fixes a bug that was causing  a "runaway process when the camera was synced in the background" for Android 4.4 "KitKat" smartphone owners. There is also a fix for audio and video calling on tablets that do not have Bluetooth. Finally, the update now shows Windows Live Messenger contacts in the Skype view, not just in the All contacts view. Microsoft will release the same update for the Kindle Fire version of Skype later in March.