Nokia has been frustratingly coy when it comes to discussing its tablet plans. At the end of last year, CEO Stephen Elop revealed that although the company had its eye on the tablet space, Nokia did “not have an exact plan”.

More recently, in March this year, Nokia executive vice-president Niklas Savander offered a little more hope, when he acknowledged that a tablet would be a good fit in the company’s range, but he underlined the need for differentiation in any potential Nokia tablet. “If we are going to be in that market,” he said, “we need to have a [different] point of view, because the 101st maker isn’t really a commercial or consumer proposition.”

After all of the equivocation and purely hypothetical discussion of tablets, the company has finally gone on the record, revealing that Nokia will launch a range of tablets and ‘hybrid’ mobile devices. Nokia’s outgoing chairman, Jorma Ollila, told the Financial Times: “Tablets are an important [product], so that is being looked into, and there will be different hybrids, different form factors in the future.” 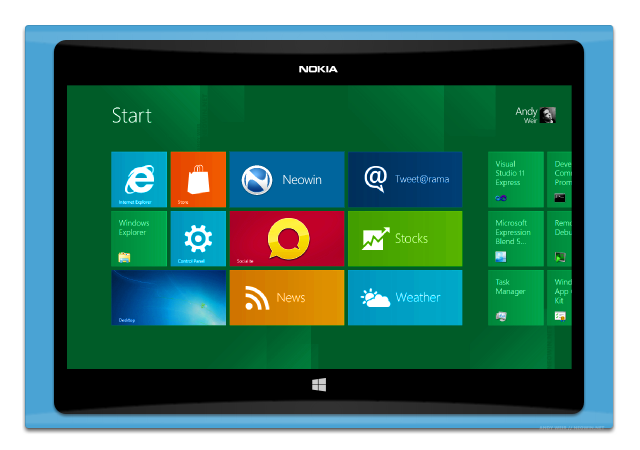 While he didn’t elaborate on what platform these devices would be based on, the market is more or less universally united in its expectations that Nokia will be releasing hardware based on Windows 8 (or Windows RT) - particularly given the emphasis that Microsoft is also expected to place on the advantages of owning both a Windows-based tablet and a Windows Phone, when it launches its marketing assault for the new operating systems later this year.

Ollila was speaking ahead of his departure from Nokia this week, after 27 years with the company. In the interview, he acknowledged that Nokia had been too slow in adapting to the fast pace of development in smartphones, but claimed that those days were now behind it. He suggested that Nokia’s combination of its latest products and its value-added services will “make a difference” and help the company to regain lost ground.

He also told the FT that he supported Stephen Elop's decision to dump Symbian and focus Nokia's smartphone development around the Windows Phone platform: "I am happy with what is happening. When you have such strong competitors in the marketplace, it will take a bit of time, but things are going well."