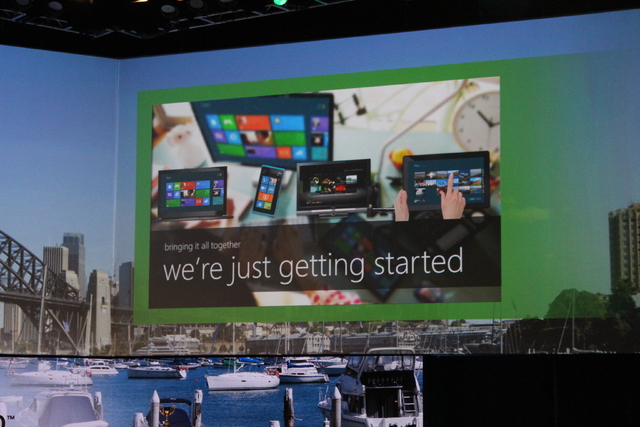 Microsoft and Nokia are like old friends, they go everywhere together. So when Microsoft came to Sydney for its Imagine Cup competition, Nokia came along too. When Nokia was packing its bags, it brought along the Lumia 800, actually it brought a boat-load of Lumias down to Sydney as the company is giving all the participants a free Lumia 800.

The move makes sense on several levels; all of the students attending Imagine Cup are developers to some degree. While some are developing apps for Windows Phone and others are building games for Xbox, they are all developers. By putting Windows Phones into the hands of these creative developers, Nokia and Microsoft and helping to seed the developers community.

A Lumia 800 is not all that the participants will receive, they will also be handed a personalized certificate signed by Bill Gates and Steve Ballmer, both huge supporters of the Imagine Cup.

For those who are not familiar with Imagine Cup, the conference is the premier technology competition for students based all around the world. The types of applications showcased here will build the corporations of tomorrow. With the barrier to entry being quite low, Imagine Cup challenges students to push the boundaries of existing technologies to help facilitate the change for future generations.