Earlier today, everyone was a little gobsmacked when Nokia CEO Stephen Elop showed a crowd his "highly confidential" Windows Phone 7 test device, which appeared to be a modified version of the N9 which was announced a few days ago. Now, a supposed photo of the phone with the onscreen "hardware buttons" which are the Windows, back and search keys. 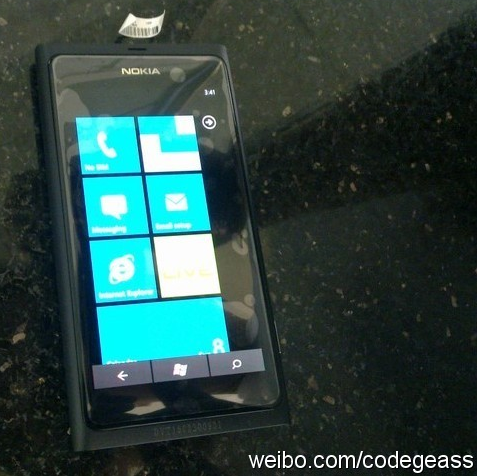 Whilst here at Neowin, we think it's a Photoshop (and it's almost dead obvious that it is), theres a slim chance it's entirely real. Let's consider why for a second; the device actually doesn't have any of the required hardware buttons at all yet, which means there must be an on-screen alternative.

In the video that circled the web last night, there is no trace of the on-screen keyboard, but it's likely it was hidden when Stephen Elop showed the phone. We'd assume it's possible to swipe down to hide it, and swipe up to reveal it, considering the N9 has an edge-to-edge touch screen, this is likely the same concept.

WMPU says that a screencap from the video shows a slight grey edge at the bottom of the phone, but we aren't entirely convinced here.

On the other side of the fence, the screencaps scream fake. WPCentral suggests the device software buttons match that of the Windows Phone emulator (pictured below), which is part of the WP7 SDK, and could easily have been added. On top of this, the photo shows screen glare on almost every part of the device... except where the software buttons are in the shot. 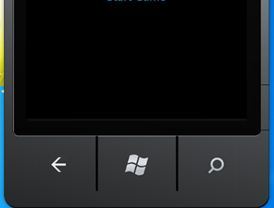 The argument could go either way, and a heated discussion is taking place over at XDA-Developers to determine the authenticity of the shot. Either way, if this is real it's worth bearing in mind that it's a prototype device which is nowhere near production, and is very likely to change before we see it announced later this year.