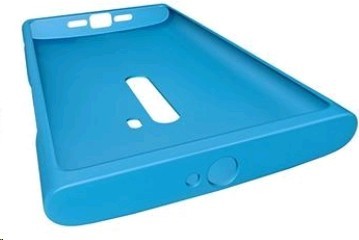 A smartphone is often expensive enough to be investment of sorts, so many people like to protect them. Nokia's approach to physical protection has been pretty unusual, with 3D printing tips for the Lumia 820. Not everyone has a 3D printer, and at present there's no Nokia case available for the higher-end 920.

This is set to change, and the company is intending to bring an official Lumia 920 case to market. Described as "soft cases"--more than likely silicone, in other words--they'll be available in red and blue. These two colors are meant to appear around January 25. Other colors should be coming somewhere during February.

Soft covers are meant to retail for $17. Should this be a bit much for your liking, alternative cases can be bought online. Nokia's cases for previous-generation Lumia handsets were pretty excellent, coming packaged alongside the phone. We'd like to see the same quality coming to the newer handsets as well.

One lucky user at WPCentral acquired a case prematurely, but said he could not give too much detail on what he did to get it. Going by the pictures, the fit should stack up there with the older Lumia cases Nokia provided.