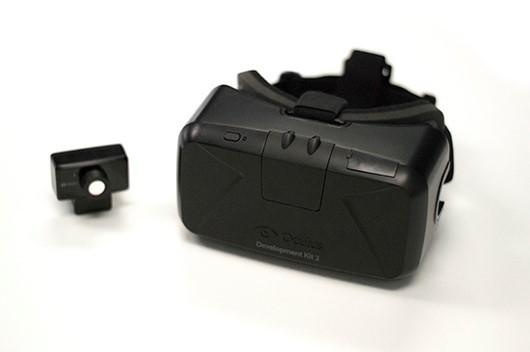 Last week, ZeniMax Media, parent company of game developer id Software, announced it was considering legal action against Oculus VR for allegedly taking and using its code and IP. Now the virtual reality company is striking back with its own statement sent out to media outlets this morning.

The full statement from Oculus VR was posted to Kotaku, which said it was "disappointed but not surprised by Zenimax's actions." It also claims,"There is not a line of Zenimax code or any of its technology in any Oculus products." ZeniMax claims that John Carmack, Oculus VR's chief technology officer, helped to develop both the hardware and the software for the VR helmet while he was still employed at id Software. Carmack departed the developer in December.

In its new statement today, Oculus VR denied that Carmack took any IP from id to his new company and added that one of the reasons why he left was because ZeniMax "prevented John from working on VR, and stopped investing in VR games across the company." Indeed, a previously announced plan to add Oculus Rift support to id's Doom 3 BFG Edition was canceled after Oculus VR allegedly refused a demand from ZeniMax for a stake in the company.

While ZeniMax claims the Oculus Rift helmet has code taken from the company, Oculus VR said today that ZeniMax had never pointed out any specific code that had been stolen, even though the full source code for the Oculus Rift SDK is available for anyone to download and use.

It should be pointed out that neither side has filed a lawsuit against the other, and it's possible that all of this public squabbling could be a negotiation tactic for a possible settlement.