Earlier this year, OnePlus announced that it was ditching its "beloved invite system", as the company called it - but only on Tuesdays. In fact, the invite system was anything but 'beloved' - for anyone wanting to purchase the company's smartphone, it was just frustrating to have to jump through hoops on social media and the company's forums to get approval to buy the device.

The decision to allow buyers to order a OnePlus One without an invite every Tuesday was met with great relief... along with plenty of head-scratching over why the company was bothering to keep the invite system going. After all, why would anyone go through all the hassle of getting an invite when you could just jump the queue every week?

Whatever the confusing rationale behind that decision, the company has finally binned its invite system - although, given that this is OnePlus, things aren't quite that simple. 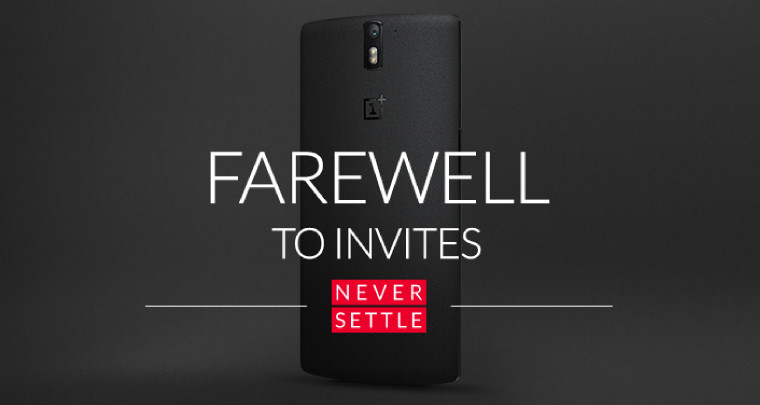 "Open sales for the OnePlus One, forever," the company says. "Farewell to invites", it adds. And yes, it's true - OnePlus is opening up invite-free sales for the One indefinitely, to celebrate one year since its launch.

But unfortunately, it's not quite "farewell to invites" forever, as the company says that its invite system will return when it launches the OnePlus 2 later this year.

"With the experiences we've gained with the One," the firm said today, "we will be far more prepared to make the same transition with the OnePlus 2. Yes, the 2 will initially launch with invites.... The OnePlus 2 will bring the challenges that come along with a brand new product, and initially, our invite system will help us to manage that risk."

To further celebrate the end of the invite system (for the One), the company is offering a 75% discount (for 24 hours) on Flip Covers and Premium Screen Protectors (in the EU, US, Canada, Hong Kong and Taiwan). It's also selling Bamboo StyleSwap covers without an invite (while supplies last).