Back in March, OnePlus revealed that, in addition to its new flagship - which would later be released as the '2' - it was also working on another device. Its CEO, Carl Pei, said at the time: "I think it's going to be a phone catering to a different type of audience. Perhaps for those who appreciate design over specs."

Today, the company unveiled that device - the OnePlus X - calling it "a design centric device chic and powerful enough to fit any lifestyle" [sic]. 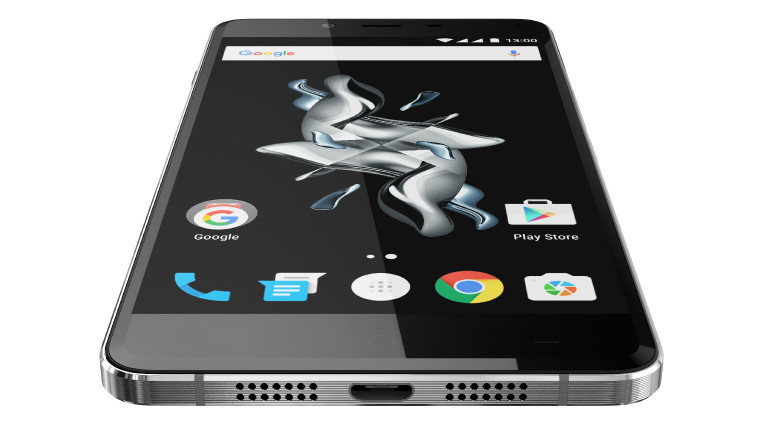 OnePlus is focusing heavily on the design of the device, even referring to it as "a work of art". The X will be available in two versions; the first is known as 'Onyx', with black glass and a metal bezel. The company says that "every glass backplate is cut to size and polished repeatedly until it achieves a smooth, glossy, mirror-like finish."

But the second variant, OnePlus X 'Ceramic', promises an even greater commitment to design and engineering excellence:

The Ceramic version is crafted in a process totaling 25 days. Starting with a zirconia mold just 0.5 mm thick, the ceramic is fire­-baked up to 2,700°F for more than 28 hours before cooling for two full days. Each individual OnePlus X backplate undergoes three meticulous methods of polishing before it is flawless enough for use. Scratch-resistant with a hardness of 8.5H on the Mohs scale and weighing 5.64 oz, the ceramic build is a feat of engineering and design.

Under the hood, the OnePlus X doesn't quite match the specs of the latest range-topping flagships, but it's still got plenty to offer, including:

You can view the full list of specs on the OnePlus site, including supported 4G LTE bands in North America, India and the EU.

Of course, if you want to actually buy the OnePlus X, you'll have to deal with the company's 'new and improved' invite system. But despite the improvements that it introduced for the launch of the OnePlus 2, the company's CEO later conceded that it had "messed up" that launch, just as it did with the original OnePlus One.

The OnePlus X Ceramic will be available in Europe and India from November 24, priced at €369, but you'll need a 'Ceramic-specific' invite to buy the limited edition device, with only 10,000 units available.