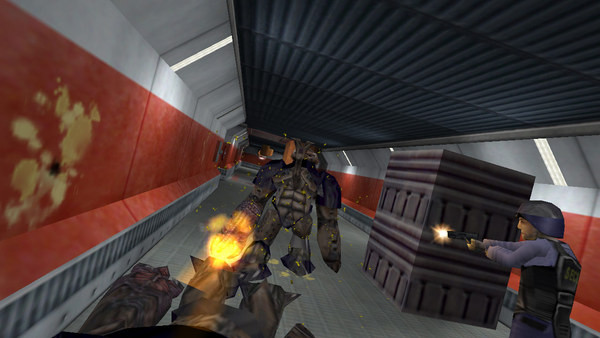 It's hard to believe for some of us who lived through it, but Valve released its first game, Half-Life, over 14 years ago, in mid-November 1998. This week, the developer has finally, and very quietly, released both a Mac and a Linux port for the ground breaking first person shooter on Steam.

Valve only started releasing Mac versions of its games in 2010. In 2012, it launched a Linux beta of its Steam service, along with a Linux port of its multiplayer shooter Team Fortress 2. Valve is currently working to develop a PC designed for the living room TV. While it is working with other hardware makers so they can release their own "Steam Box" PCs, Valve founder Gabe Newell has indicated its own PC will run on Linux.