If you've spent any reasonable period of time on the Internet, you'll no doubt be familiar with 'patent trolls': companies who mount defences against other companies over patents they own, yet do nothing with. 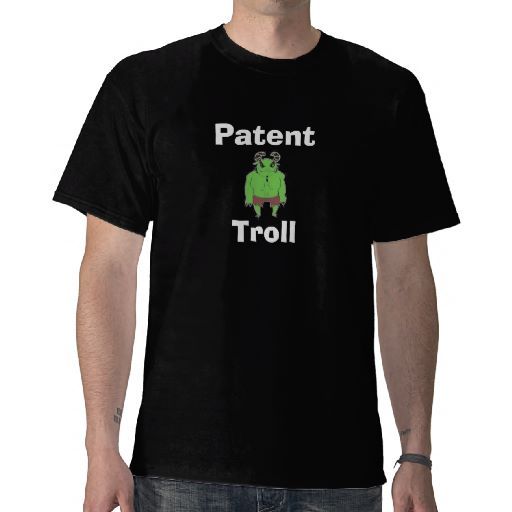 Although advertising the fact just makes you look like a douche.

Their reason for having these patents is merely so they can profit from having them breached. They don't even have to attempt to produce a related product in order to profit from someone else making the product successfully. We know patent trolls are expensive to deal with, but you could be surprised just how expensive they are from year-to-year.

A study from Boston University tries to go the distance and measure just how expensive patent trolling has been in the United States.

During 2011, 2150 companies created a total of 5842 defences against patent trolls. Paying their legal team, and also funding other legal costs isn't cheap. Companies lost an estimated $29 billion dollars in direct costs, such as legal and licensing fees. The figure could be higher still, as the study didn't estimate indirect losses. Defendant losses in resource diversion, product delays and loss of market share were not factored in, so it can be assumed the cost is actually much greater.

The issue here is that it proves patent trolling works. Since 2005, the losses generated via patent trolling have multiplied by nearly five. In 2005, companies lost roughly $6.6 billion dollars in direct costs. Again, indirect costs were not being considered. Even the number of patent trolling incidents has increased. In 2005, there were 1401 claims by patent holding companies. These companies have become known as trolls due to their methods of profiteering, and their disinterest in putting their patents to good use.