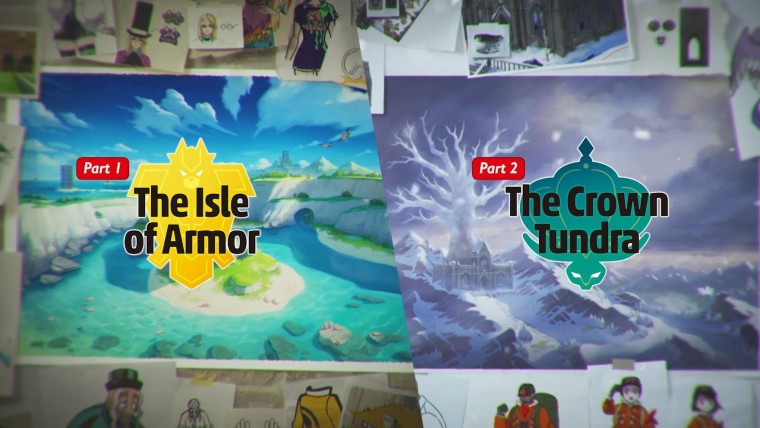 At the start of the year, The Pokémon Company revealed that it would be serving paid downloadable content to Pokémon Sword and Shield. The expansion pass includes two major blocks of content: the Isle of Armor expansion was planned for a June release, while The Crown Tundra will arrive in the fall.

Today, the company released a new trailer for the upcoming expansions, showing off many of the areas and the returning creatures in them. Among the many creatures shown off, Gigantamax versions of Blastoise and Venusaur - the final forms of the starter Pokémon introduced in the very first titles. The trailer also shows the first in-game footage of Gigantamax Urshifu, the new legendary Pokemon being added in the Isle of Armor expansion.

Most notably, however, the trailer finally announces a release date for the Isle of Armor expansion, which is arriving on June 17, roughly two weeks from today.

The relatively short trailer also showcases some of the new content in the next expansion, The Crown Tundra. While it doesn't include major new information, you get to see what appear to be new Pokémon related to Registeel, Regice, and Regirock - as well as Galarian forms of Articuno, Zapdos, and Moltres - in action instead of static artwork. The trailer also briefly shows off Max Raid Battles with a number of legendary Pokémon from previous games, such as Mewtwo, Ho-oh, Reshiram, and Lunala. This expansion doesn't yet have a release date, however.

Isle of Armor and The Crown Tundra will be the first time a Pokémon game receives paid downloadable expansions, which serve as a replacement for titles such as Pokémon Platinum or Pokémon Ultra Sun and Ultra Moon. These games usually offer a re-telling or simply an expanded version of the original game, but cost the same as a full title and meant you had to replay the same overall story all over again. These expansions allow players to pick up with their existing save file and cost less than a brand new game. You can buy the Pokémon Sword or Shield expansion pass for $30 on the Nintendo Switch eShop, and it will include both expansions as soon as they're released.