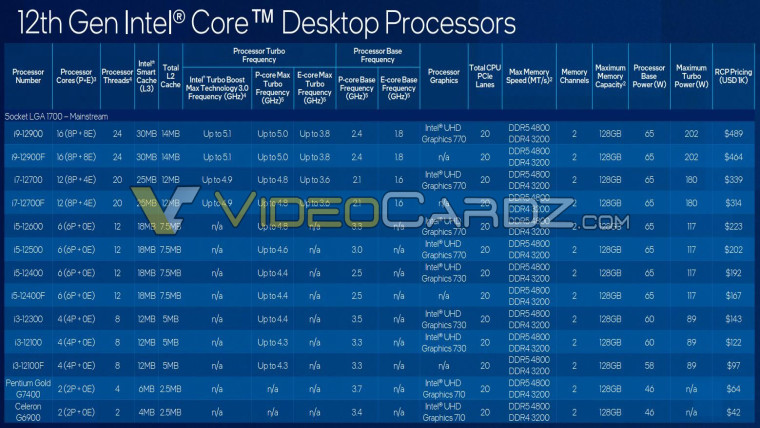 Intel will also be introducing T-series CPUs with a 35W default TDP. As can be seen by this list, there are fewer SKUs since all of these variants will ship with integrated GPUs. 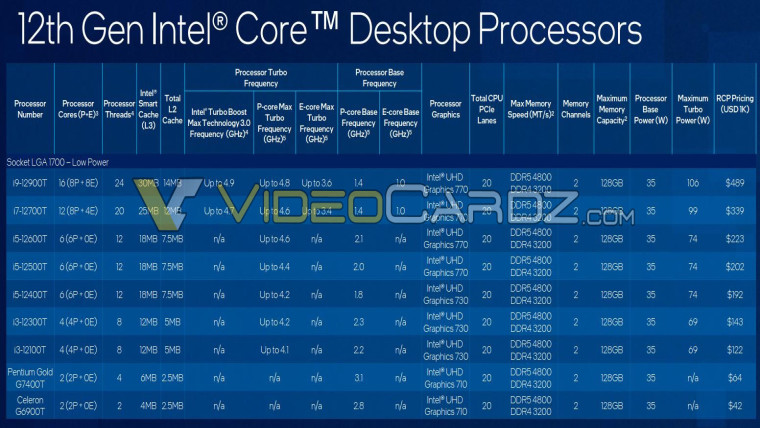 Lastly, there appears to be two sets of charts comparing the performance of the latest CPUs. 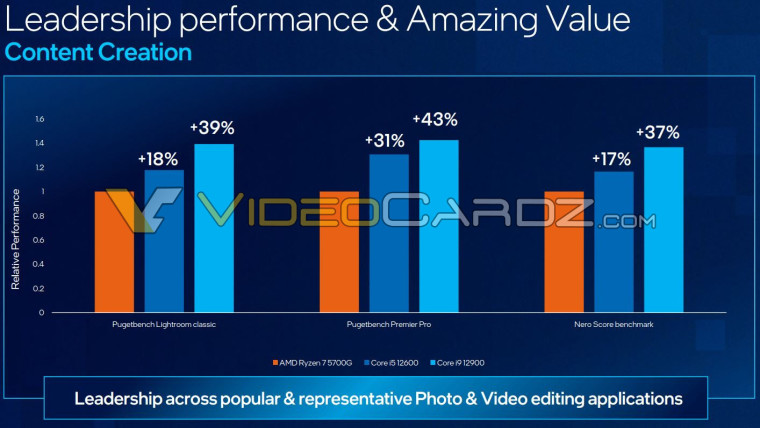 The three processors used in creating the comparisons include AMD Ryzen 7 5700G, Intel Core i5 12600, and Intel Core i9 12900. From both of these two charts, the selected tests seem to be showing improvement metrics up to 44% in certain tests. 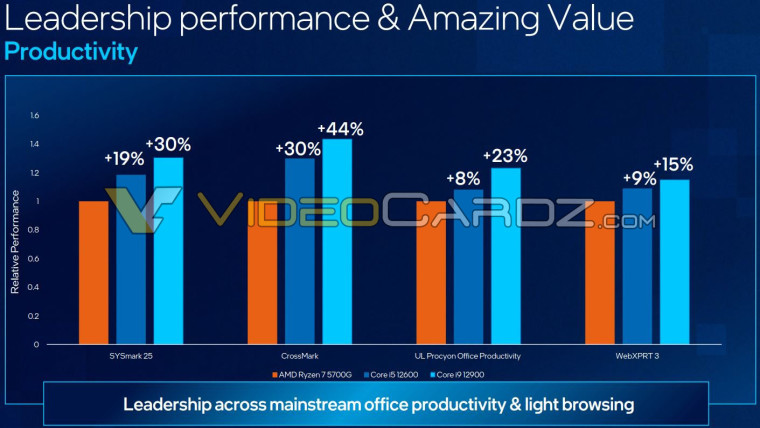 Along with the latest AMD Ryzen Rembrandt lineup leaks, we don't have long now to assess whether these leaks, including their respective pricing, are accurate.