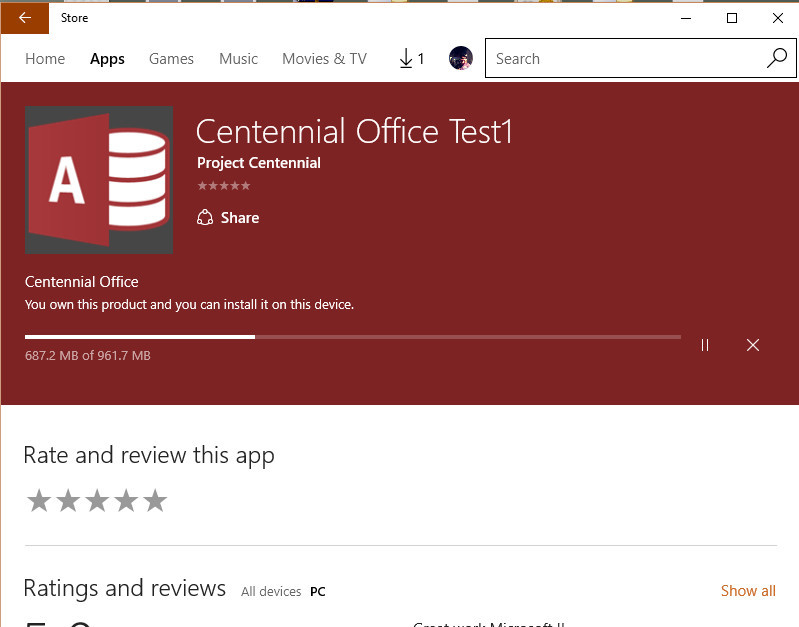 The Windows Store link of the Microsoft Office suite developed as part of Project Centennial has leaked online.

Last year at BUILD 2015, Microsoft announced its plans to develop bridges for web, Android, iOS and Win32/.NET developers to create apps for the Windows 10 operating system. After initial setbacks and reports of instability due to the Android subsystem, Project Astoria was ultimately discontinued; however, Microsoft has confirmed that the other bridges are alive and kicking as reflected by today's leak.

The leaked app revealed by @h0x0d on Twitter, is simply called "Centennial Office Test1" and is 961.7 MB in size. The app listing isn't very exciting and seems to be in a very early stage of testing as the app icons are also from old versions of Office. As reported by MSPowerUser, the Office apps do not work and just show a blank screen, but you can download and check if it's any different.