We were already kind of expecting Razer to come out with a successor to its gaming-oriented smartphone this year after the company's vice president mentioned that a new device would arrive in China before the end of the year. Now, we may have some more tangible information on what will presumably be called the Razer Phone 2, as a new listing with that exact title has shown up on Geekbench.

The page, if accurate, seems to indicate that the phone will be powered by the Snapdragon 845 Mobile Platform, as the processor identifier is similar to previous phones known to be running on the same chipset. Additionally, it will have 8GB of RAM, which isn't low by ay measurement, but it has become less uncommon in 2018. Much like last year's model, the Razer Phone 2 will apparently ship with an older version of Android, but the company has done a fairly good job of updating its current flagship, so hopefully, we can expect the same here. 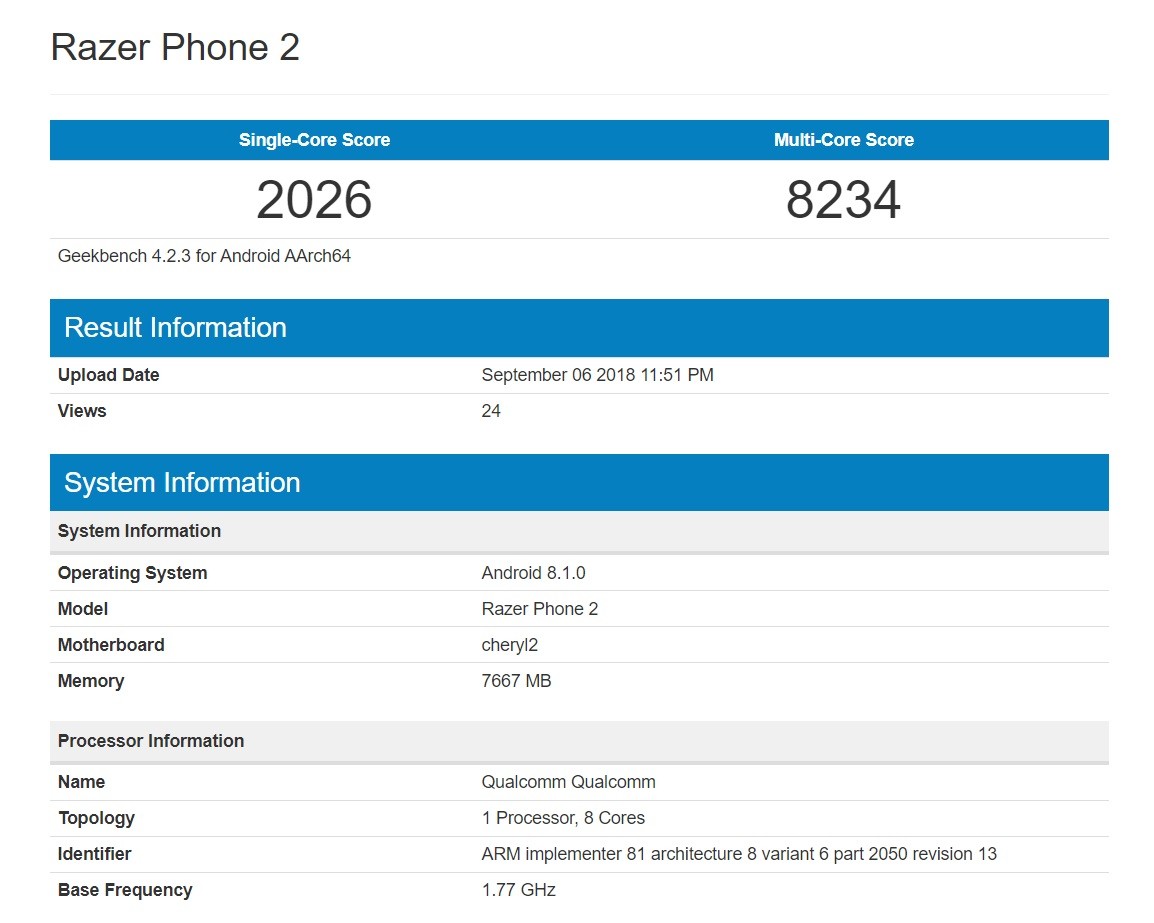 The original Razer Phone made quite a splash thanks to its beefy specs, 120Hz display, and bold design that bucked the trend of reducing bezels to the smallest size possible. But having 8GB of RAM in 2018 isn't quite as striking, and Asus has also announced its own gaming-oriented smartphone that will offer many distinctive features, including the ability to overclock the processor and a whole array of accessories. It will be interesting to see if Razer can sufficiently stand out with the second iteration of its flagship.