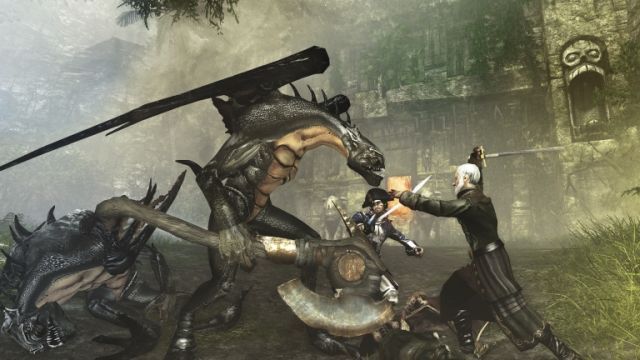 Risen 2: Dark Waters, the upcoming fantasy RPG sequel, is not going to be available for your Xbox 360 or your PS3 console for a few more months. Deep Silver, the publisher of the game developed by Piranha Bytes, has announced in a press release (via Joystiq) that the console ports, originally due for release this week, have been delayed.

Deep Silver is now saying that the Xbox 360 and PS3 versions of Risen 2 will come out on July 31st in the US, with Europeans waiting until August 3rd to get their console games. The PC version is still scheduled to launch, exclusively via digital download in the US, on Friday, April 27th.

Deep Silver didn't offer any word on why the console ports were delayed. However, it did say that the Xbox 360 and PS3 versions would contain a new campaign, The Air Temple, that will provide console players with "several hours of additional gameplay". Deep Silver states:

In this sub-plot the hero embarks on a quest to discover the lost temple, source of air magic. When he hears rumors that his old acquaintance Eldric has been seen in Antigua the hero knows that he needs to pick up his trail in order to find Storm Island, where the Air Temple is located.

Deep Silver did not say if The Air Temple will be released eventually as a DLC extra for PC Risen 2 owners.