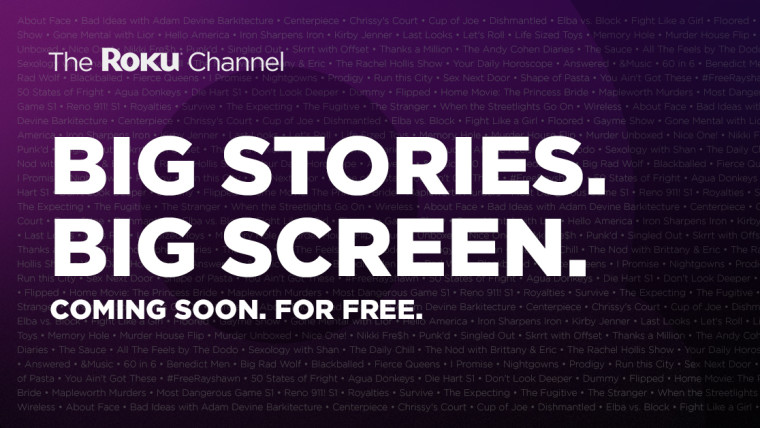 Roku is buying Quibi's library of content, the firm announced today. Shows produced by the now-defunct service will be available for free through the Roku Channel sometime this year. It is not known yet when these shows will exactly arrive, and Roku did not disclose how much it paid for the content. The Wall Street Journal reported that Roku paid "significantly less" than $100 million to acquire Quibi's shows.

YOU HAVE AWAKENED ME FROM MY SLUMBER! https://t.co/GD99MlkCzj

Despite the failure of Quibi, its content was star-studded, as shown in the announcement stating that acquired content will feature "Idris Elba, Kevin Hart, Liam Hemsworth, Anna Kendrick, Nicole Richie, Chrissy Teigen, Lena Waithe, and many others.” According to the deal, more than 75 shows will be added to The Roku Channel.

Acquiring Quibi's content will drive more viewers to Roku's platform and potentially increase its ad revenue. In the streaming industry, having original or exclusive content is vital to a platform's growth. Shows being added to The Roku Channel include #FreeRayshawn, Chrissy’s Court, Die Hart, Dummy, Flipped, Most Dangerous Game, Punk’d, Reno 911!, Survive, and more.