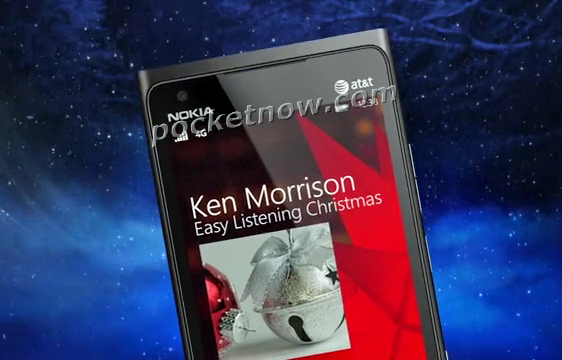 Earlier this week, a leak on the Internet seemed to reveal three upcoming Windows Phone devices, including the Nokia Ace smartphone. Now there's evidence that an image of that phone may have been included as part of a holiday message from one of Microsoft's partners. PocketNow.com reveals that image which you can see above.

As you can see the smartphone looks very similar to the previously released Nokia Lumia 800. however the image has two interesting differences. One is that it has an AT&T logo, which would indicated that AT&T would be the wireless carrier for the smartphone; the other is the 4G logo, which would seem to suggest that it will link up to AT&T's small but growing LTE network.

The previous leak of the upcoming Windows Phone line up claimed that the Nokia Ace would have LTE support so that all tracks, and it's also possible that this smartphone could also be the mysterious Lumia 900 product. We should learn more sometime in early January when Nokia will hold its CES 2012 press conference, where it will likely reveal a lot more about its US plans for its Windows Phone launch.