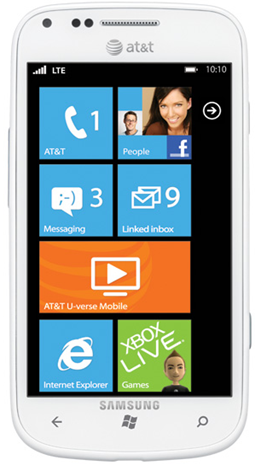 First announced earlier in May, the white colored Focus 2 has a four inch Super-AMOLED screen, a 1.4 GHz single core processor, a five megapixel rear facing camera and a front facing VGA camera. It has support for up to eight GB of internal storage and an 1750 mAh battery. It can connect to AT&T's regular 3G network or its growing 4G LTE network.

In related news, WPCentral.com went to a local AT&T store and saw that the HTC Titan 2, launched in April at the same time as the Lumia 900, has gotten a price cut to $149.99 with a new two year contract, down from its launch price of $199.99. Currently, this new price is not reflected on AT&T's website.