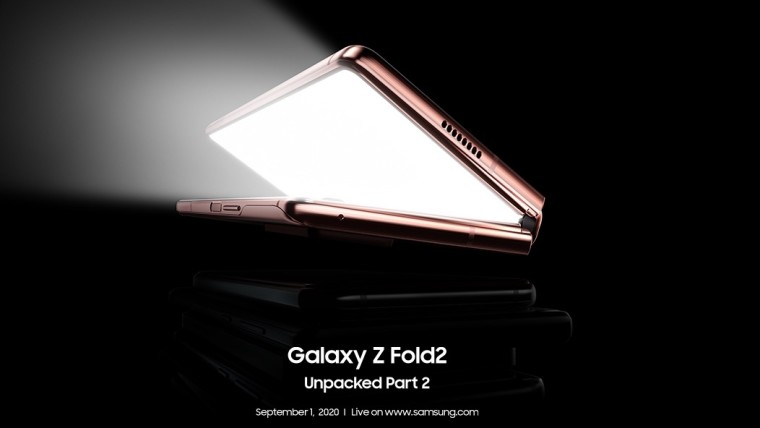 Samsung had announced the Galaxy Z Fold2 alongside the Galaxy Note20 series at its Unpacked event earlier this month. However, the company only talked about the Z Fold2 in brief and did not detail its major changes. Now, the company has announced that it is going to hold an 'Unpacked Part 2' live event on September 1 to talk more about the "groundbreaking features" of its upcoming foldable device. The live stream of the event is scheduled to start from 10:00 am ET.

Samsung had revealed at its Unpacked event in early August that the Galaxy Z Fold2 has a bigger 6.2-inch cover screen, a massive jump from the 4.6-inch display found on the original Galaxy Fold. The inner primary display has also seen a bump in size and now measures 7.6-inches. The device also comes with an upgraded camera that includes a primary 12MP f/1.8 shooter with OIS, a 12MP ultra-wide, and a 12MP telephoto. The Galaxy Z Fold2 will be powered by a Snapdragon 865+ chipset, pack 12GB RAM, and 256GB of storage space.

There was no word from Samsung on the availability and pricing of the device which is what the company should be revealing at its upcoming Unpacked event besides talking about the major design improvements that it has made with the Z Fold2.