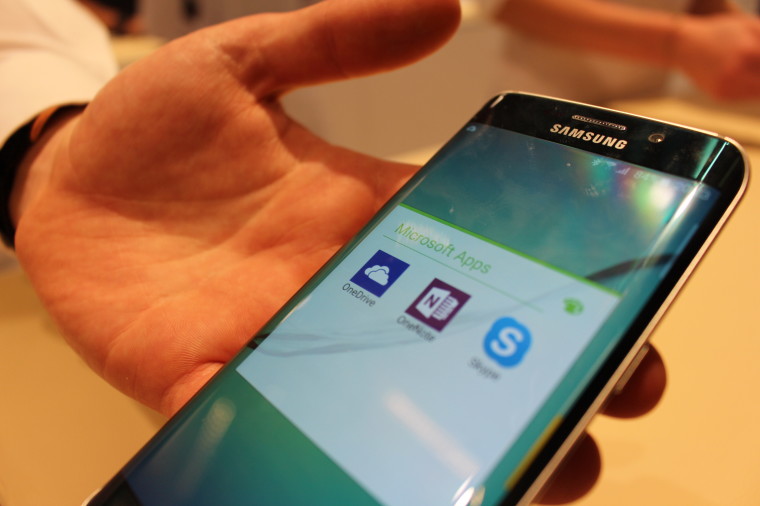 Last week, third-party warranty firm, SquareTrade, released a video demonstrating how much pressure this year's flagships could handle before bending in a stress test. The results of their tests were quite surprising, claiming that the Samsung Galaxy S6 Edge bent just as easily as Apple's iPhone 6 Plus. The video showed that both the devices could handle up to 110 lbs of pressure before being bent.

The demonstration caused an uproar, especially because Samsung was one of the major companies who publicly ridiculed Apple for the "Bendgate" pseudo-scandal. Now, the company has finally released its official statement on the matter, commenting that SquareTrade hadn't shown off the S6 Edge's more durable backside which could withstand the same pressure without being bent.

Moreover, they also claimed that the average force produced "when a person presses the back pocket" is 66 lbs, while the company's experiments had found out that even 79 lbs of force couldn't bend either of its flagship devices. Samsung also pointed out that while 110 lbs of force isn't exactly a practical average force considering that the latter exerts enough force to snap 5 pencils stacked together.

The company went on to say that:

All our devices are put rigorous high-quality validation tests before they are delivered to consumers. These tests include various conditions, such as dropping, bending, and breakage. And we are confident that all our smartphones are not bendable under daily usage.

Samsung says that it will deliver this report to SquareTrade, asking the firm to perform the stress test again, applying force on the front and backsides of the phone, and then to publish the results of its new demonstration to the media.

The "Bendgate 2.0" video showed that both the Samsung Galaxy S6 Edge and iPhone 6 Plus could tolerate 110 lbs of pressure before bending. Apple's iPhone only bent under that amount of pressure while the S6 Edge's screen cracked. The newly released HTC One M9 could deal with 120 lb before becoming unusable due to the placement of its lock button.