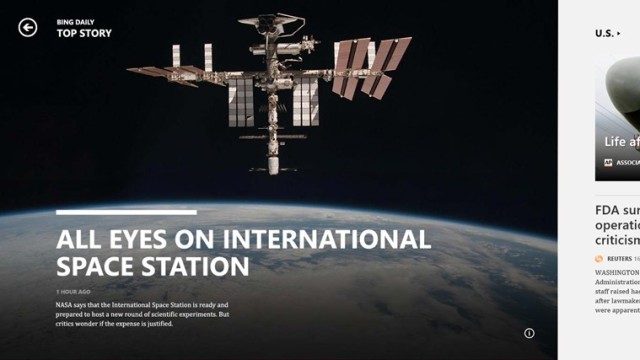 If you use a Windows 8 or Windows RT computer, you might have noticed that several of the Bing apps pre-loaded on those devices have new updates to download through the Windows Store.

The News app in Windows 8 has added stories from some new content partners in this update, along with some performance improvements. People who access the app via a mouse and keyboard should also see some improvements in that area. The Weather Windows 8 app has added a way to view forecasts for the next 10 days, hour by hour, along with adding the sunrise and sunset times for cities, some updates to historical weather information and performance improvements.

The Bing Finance app for Windows 8 got an update that added some additional news sources as well as some more stock exchanges, along with performance and navigation improvements. The Sports app has also added some new content from additional sources, along with support for a number of pro soccer (or football) leagues.

Finally, the Travel app from Bing has been updated with added reviews and ratings from TripAdvisor, the ability to save flight and hotel searches, links to information from the Finance and Weather apps and more.