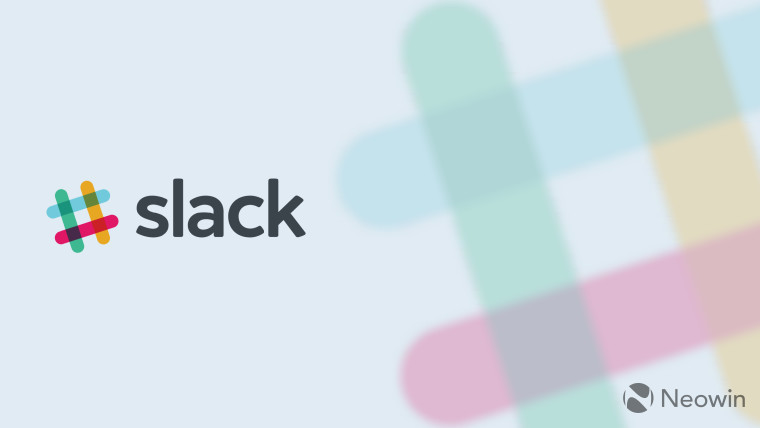 In early 2014, the U.S. Treasury Department's Office of Foreign Assets Control added services and software used for personal communications to the list of technologies covered by the U.S. sanctions on Iranian transactions. Now, this regulation might have prompted a series of closures of multiple Slack accounts owned by individuals with links to Iran but were no longer living in that country.

A number of users have reported having received an email from Slack, informing them that their account has been deactivated in compliance with the U.S. economic sanctions on Iran. It's important to note that many of these users claim having left the country already before the account deactivation was enforced. Affected users claim they're now living in Canada or the U.S.

I’m a PhD student in Canada with no teammates from Iran!

Is Slack shutting down accounts of those ethnically associated with Iran?!

Here's what the email notification from Slack says: 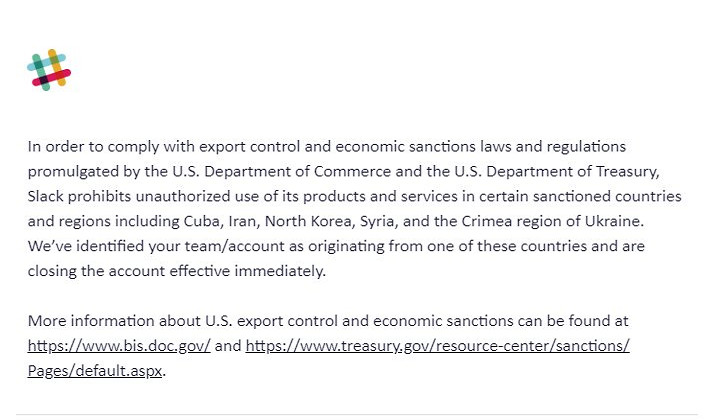 Slack also confirmed that its system is designed to close an entire workspace if it determines that its primary owner "has an IP address originating from a designated embargoed country," including Iran.

For those whose accounts have been deactivated erroneously, Slack provides a review process through which they may recover their account and workspace. Affected users can send an email to the company at feedback@slack.com to reverse the shutdown.